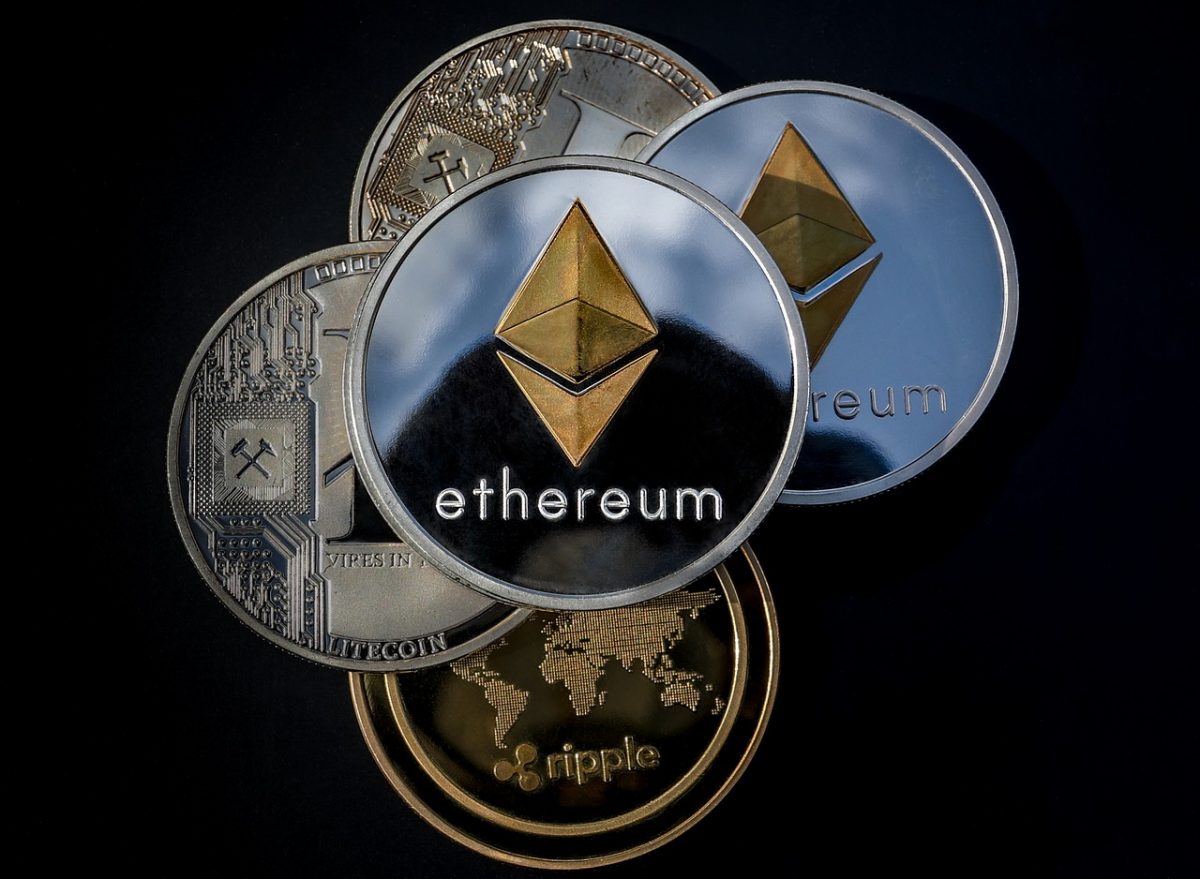 The consolidating market finally ended on late 26 July, when Bitcoin prices started to rally. Due to strong correlations between Bitcoin and other major cryptos like Ethereum, the alts also marched along. Ethereum, the second-largest coin reported an 11% growth within a day, that pushed it to a 2020 price peak of $334. However, Ethereum’s sideways movement had ended a few days ago, as the coin was moving higher on the price ladder.

As the price of the digital asset was fueling up, data reported that on 25 July, Ethereum contract calls hit a new all-time high of 3.11 million. The Ethereum options indicated a rising daily volume between 23 July and 27 July. This growth could be associated with the growing decentralized finance’s hold on Ethereum, however, analysts suggested that Ethereum was gaining momentum on exchanges.

According to CoinMetrics, even though the amount of Bitcoin and Etheruem transactions involving exchanges has been relatively equal to each other, lately ETH has started to pull ahead. 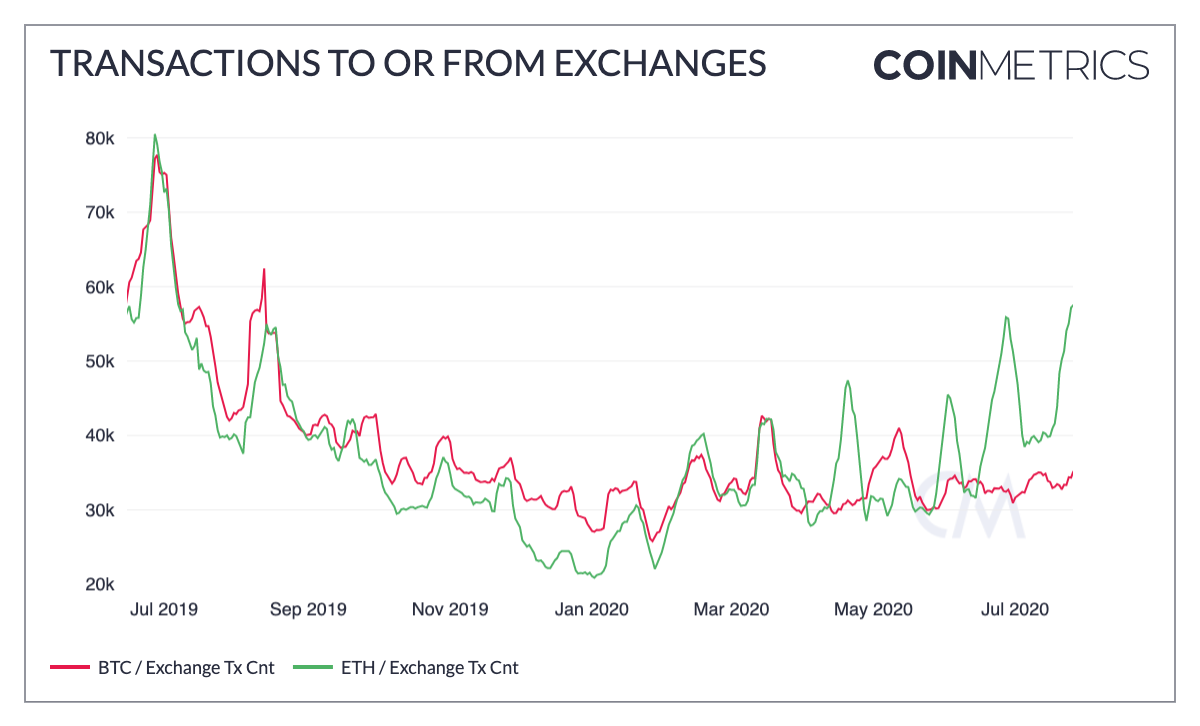 The above chart indicated the rising exchange transaction count of Ethereum since July. Binance net flows indicated a similar surging pattern. The net flows that keep a track of assets flowing in and out of the exchange as observed on-chain. Binance has been noting the net flows of Ethereum and Bitcoin mirror each other over the past few years, but recently the net flows have begun moving in opposite directions. 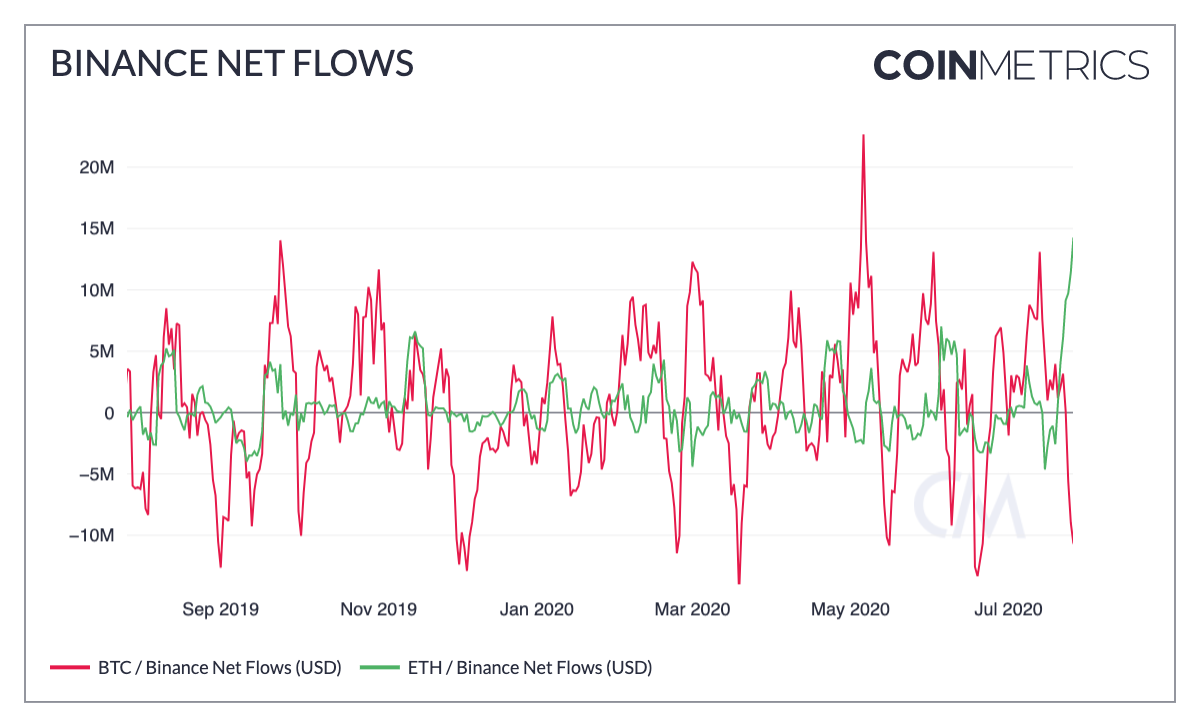 The above chart suggested that currently, Ethereum has been flowing into the exchange, while Bitcoin has been flowing out. There have been several reports of BTC leaving exchanges due to the speculation of a bull run or just as a safe asset, but Ethereum has been actively trading over the past week. This could be possible due to the extended Ethereum ecosystem like decentralized finance [DeFi], but the utilization of ether has definitely sparked over the past couple of weeks.

Ethereum has been moving with great vigor and has been a powerhouse of this bullish week in crypto as it returned 33.94% to the investors.