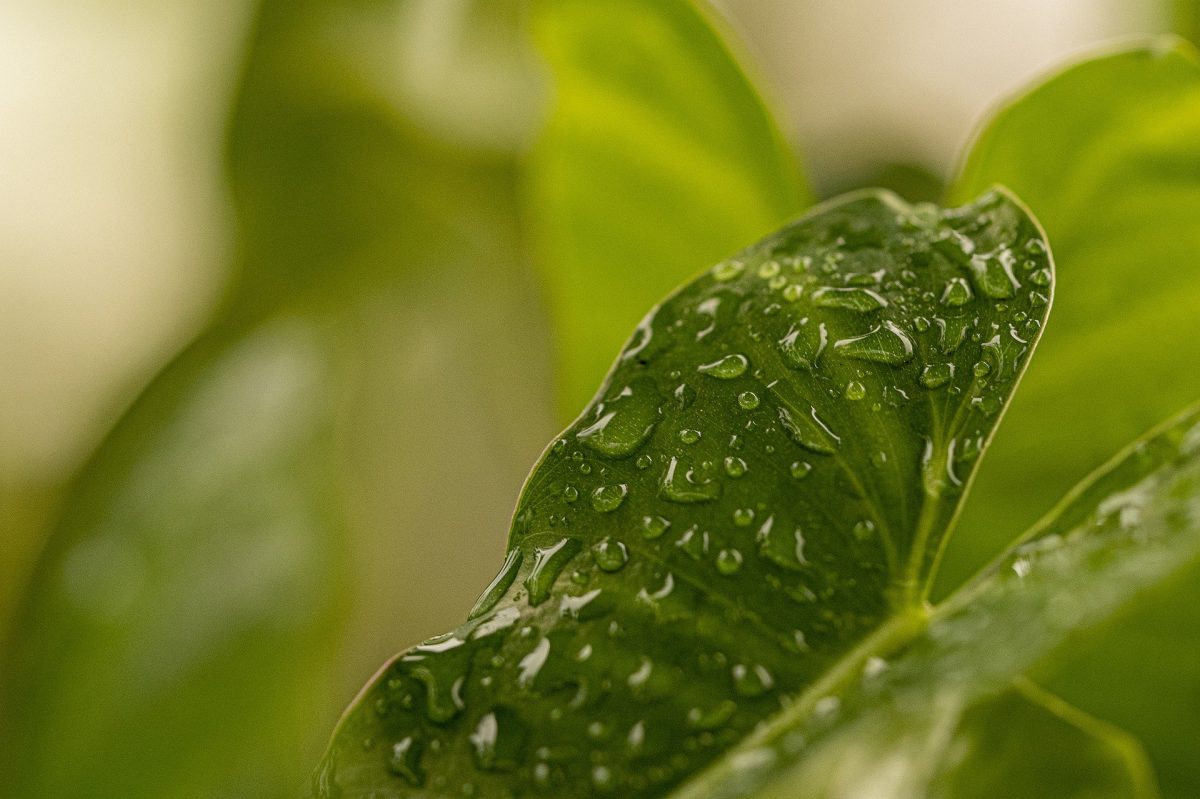 Most of the market’s altcoins registered decent price recovery towards the end of September. Over the past 24-hours, however, in response to Bitcoin’s negative momentum, the crypto-market tumbled again, wiping out most of the gains made previously.

Interestingly, at the time of writing, the bearish sentiment for the market’s altcoins seemed to be nearing an end since Ethereum, Algorand and, Zcash, all opened in the green today. This indicated that post a brief price stabilization, a north-bound price trend could be around the corner.

For Ethereum, its September gains were lost and the price dove below the key resistance level of $355.65 as the market-wide meltdown quickly turned the sentiment from bullish to bearish. At press time, ETH was valued at $ 345.86

The dotted markers of the Parabolic SAR were above the candles and signaled a downtrend. The MACD indicator was also highly bearish, adding on to the pressures of selling sentiment.

For now, Ethereum needs to regain control of the pivot point at $350 in order to reverse its bearish sentiment. If the $350-level can’t be reclaimed over the next few days, investors may have to wait further to see another bullish phase.

In other news, scaling project SKALE Network recently announced the launch of its Phase 2 mainnet, one that would help lower transaction costs on the Ethereum blockchain. 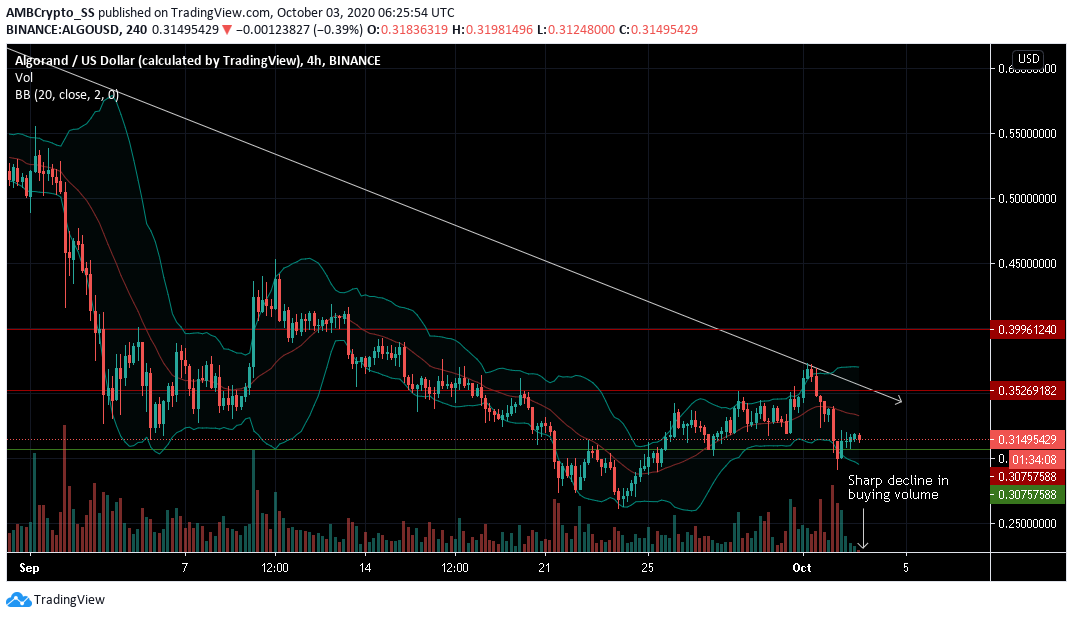 The smart contracts platform, Algorand, opened today with a price gain of just under a percent and was seen trading at $ 0.314, at press time.

The digital asset registered a loss of almost 13.5% yesterday, following Bitcoin’s price drop to the $ 10,400 level. At the time of writing, the volatility levels continued to persist, contributing to further price swings that made the digital asset jump by 3.72 % above the $ 0.307 support level.

The widening Bollinger Bands also confirmed the spike in the levels of volatility in the ALGO market.

A sharp decline in buying volume during the trading session capped any further uptrend and hinted at price stabilization along the immediate support level of $ 0.307 in the coming days. 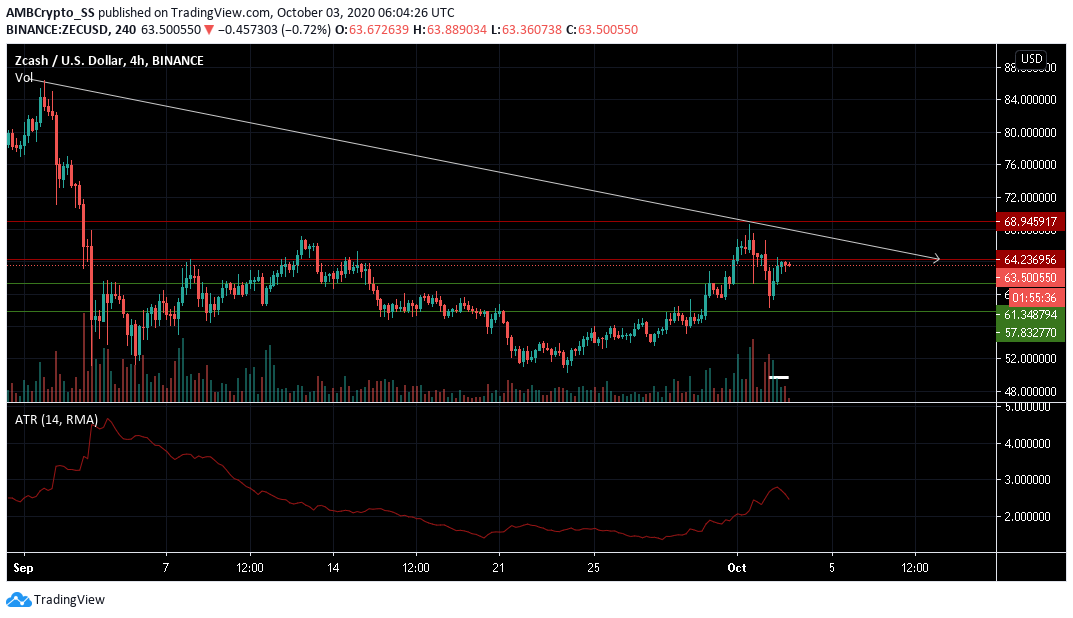 The market’s performance yesterday put a lot of selling pressure on Zcash, although, at press time, a return of above average buying volumes were noted for the digital asset, a metric that pushed the price towards the resistance level of $ 64.23.

The bears, however, were quick to respond and stalled the upward price movement, which could also be seen in the volume chart as some selling action resurfaced. The Average True Range measuring the market volatility also noted a reversal, with an immediate dip seen in the volatility level.

Any wide price action in favor of the buyers or sellers seemed out of the picture, at press time. The price, over the next few days, could oscillate between the resistance and support levels of $ 64.23 and $ 61.34, respectively.