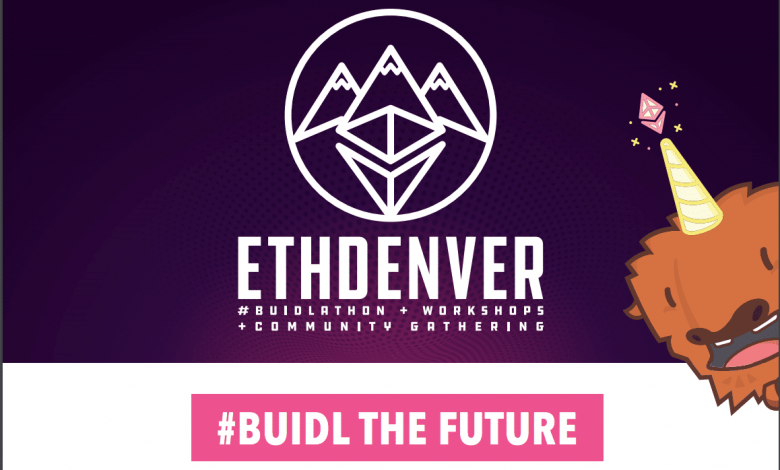 Denver, CO – In efforts toward collaboration, interoperability, and real-world adoption, ETHDenver announced today that it has invited a number of blockchain projects outside of the Ethereum ecosystem to its upcoming 2020 event February 14-16. Chains including Cardano, Elastos, Holochain, NEO, Polkadot, and ZCash have signaled involvement; while projects like Bancor, Chainlink, Cosmos, Ethereum Classic, NEAR Protocol, Quorum, The Graph, and SKALE have committed as official ETHDenver event sponsors.

“We are welcoming non-Ethereum chains under our big tent of diversity this year. Interoperability, cross-chain transactions, and atomic swaps are some of the ways we hope to start seeing collaborations come together at ETHDenver. No one company or chain exists to solve all of the problems we have in front of us. The way we see it, a rising tide raises all boats. There isn’t going to be ‘one chain to rule them all’. In the spirit of collaboration, we will host a diversity of technological approaches to solve real-world problems at ETHDenver.”

In an effort to raise awareness around the technological diversity slated for ETHDenver’s upcoming 2020 event, learn more about some of the different protocols and blockchain agnostic projects involved:

Bancor is a decentralized liquidity network allowing every integrated token to be instantly converted for any other. The Bancor Network provides an on-chain, fully decentralized solution for conversions between tokens in the network, through a low-cost, autonomous and adjustable liquidity mechanism.

The Chainlink network provides reliable tamper-proof inputs and outputs for complex smart contracts on any blockchain.

Cosmos’ SDK is the first-ever modular framework for developers to quickly and easily build custom blockchains in Go.

Ethereum Classic is a decentralized platform that runs smart contracts: applications that can be run exactly as programmed without any possibility of downtime, censorship, or third-party interference. Ethereum Classic consists of a cryptocurrency (ETC), a blockchain ledger, and an ecosystem of applications and services that run on top of it.

NEAR Protocol
NEAR is a sharded, developer-friendly, proof-of-stake public blockchain, built by a world-class team that has built some of the world’s only sharded databases at scale.

Quorum is an open-source blockchain platform that combines the innovation of the public Ethereum community with enhancements to support enterprise needs.

The Graph, queries are processed on a decentralized network that ensures that data remains open and that dApps continue to run no matter what. Users don’t have to trust teams to operate servers and developers can deploy to the trustworthy public infrastructure they don’t have to manage.

SKALE’s modular protocol is one of the first of its kind to allow developers to easily provision highly configurable blockchains, which provide the benefits of decentralization without compromising on computation, storage, or security.

Other Chains and Protocols Involved

Cardano is a decentralized public blockchain and cryptocurrency project and is a fully open source. It is the first blockchain platform to evolve out of a scientific philosophy and a research-first driven approach. The development team consists of a large global collective of expert engineers and researchers.

Elastos merge mines Bitcoin using AuxPoW, enabling it to leverage the combined hash power and security of the many participating mining pools with no additional cost to the miner.

Holochain
Holochain is an open-source framework for building fully distributed, peer-to-peer applications. Holochain is a decentralized technology based on nodes. Unlike most blockchain implementations, however, these nodes do not need to reach consensus prior to adding data to their local chain.

Neo is an open-source, community-driven platform that is leveraging the intrinsic advantages of blockchain technology to realize the optimized digital world of the future. NEO is hosting a “Why Neo and how can I use it to BUIDL?” event February 12th before ETHDenver during Colorado BUIDL Week.

Polkadot empowers blockchain networks to work together under the protection of shared security.

ZCash is a cryptocurrency with a decentralized blockchain that provides anonymity for its users and their transactions.

ETHDenver is the world’s largest annual web3 #BUIDLathon and Community Gathering. The 2020 event will take place on February 14-16 in Denver, Colorado and expects to host 2000+ blockchain enthusiasts, developers and community members from 50 countries and 50 U.S. states. Visit ethdenver.com.

Disclaimer: This is a PR event.