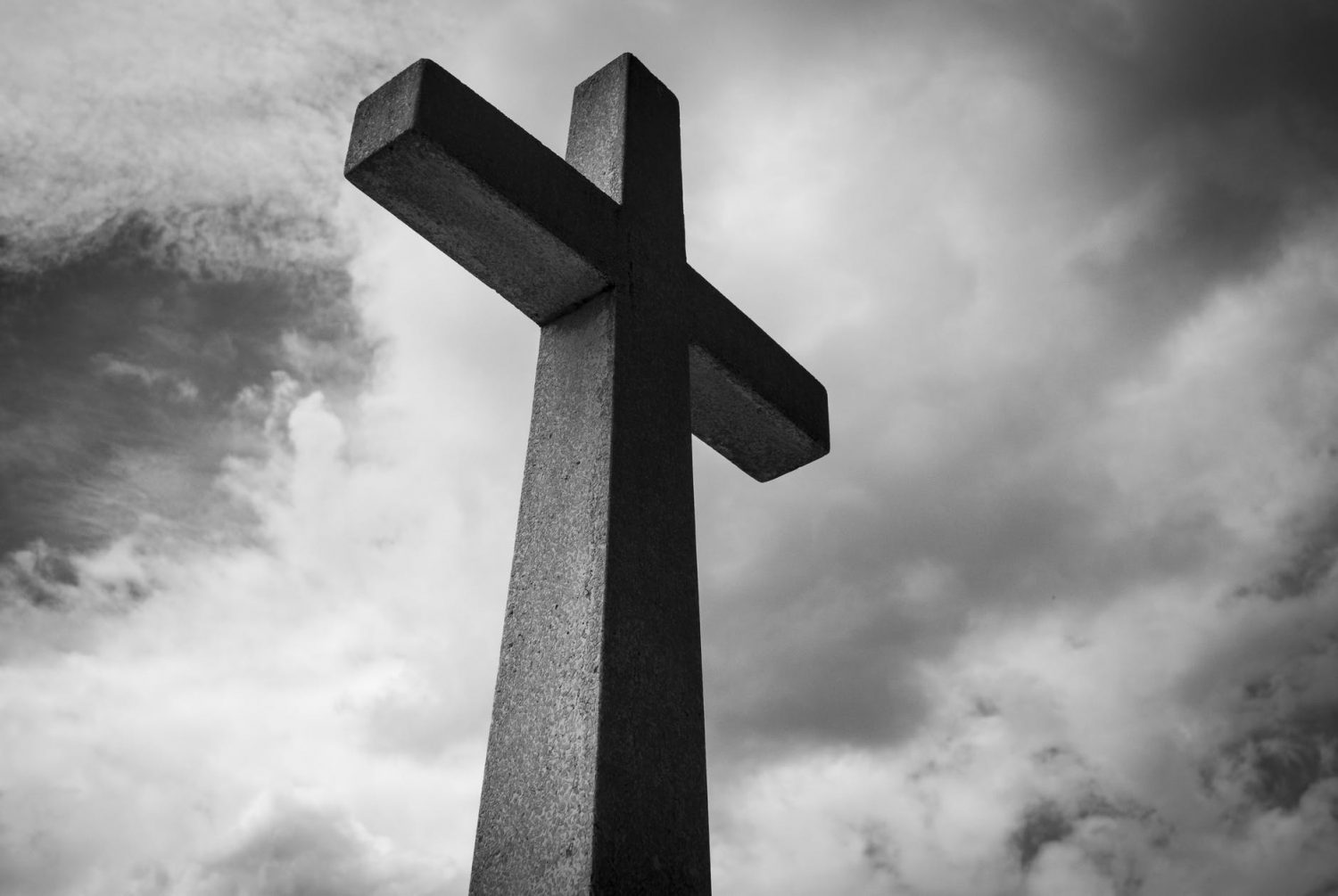 The Total Value Locked figures for DeFi have reached $9.76B. In fact, over the past 90 days, the space has unlocked 477.5% in growth, with the same showing no signs of stopping. While the SushiSwap incident did contribute to a dip in DeFi’s TVL, there was near-instant recovery, with the figures surging back to its pre-drop levels, a drop that saw TVL fall by 40% in 10 days. Thus the question arises – Is DeFi in God Mode? 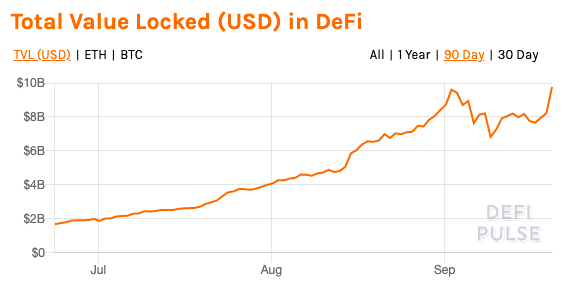 Now, God Mode is traditionally a gaming metaphor, one referring to a cheat code that makes the player character somewhat invincible. DeFi, with its incredible surge, sudden drop, and an even incredible resurgence, seems to be assuming the characteristics of such invincibility, ergo, God Mode.

However, it can also be argued that in the context of Bitcoin, DeFi may be playing the role that ICOs played way back in 2017. In fact, some have also drawn parallels between investments in the top 3 ICOs of 2017 – Filecoin, Sirin Labs, and Tezos, and top 3 DeFi Projects – Uniswap, Aave, and Curve Finance.

TVL in these top 3 DeFi projects had climbed to $4.5B, at press time. On the contrary, the total investment raised by the top 3 ICO projects was just $646M. On the face of it, when juxtaposed against each other, it would seem that DeFi has already outperformed the ICOs of 2017.

If Bitcoin’s present market cycle is considered, one can see that institutional investors like MicroStrategy and Grayscale are very bullish on BTC. And perhaps, because it is, DeFi is deriving value from such growing interest and investment and is adding to its already healthy market capitalization.

Speculation and interest in Bitcoin were fundamental to the ICO craze back in 2017-18 and something similar is playing out for DeFi right now. In fact, one might argue that the latter is climbing at a greater pace since the TVL for the top 3 DeFi Projects is growing by 20-25% every day. yEarn Finance’s YFI token, for instance, grew by 14900% in value, in just one week. 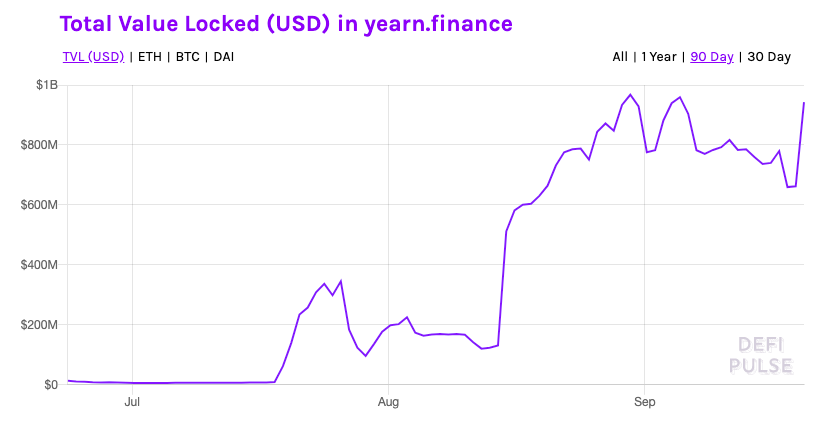 This rapid injection of capital into crypto-projects resonates with the ICO bubble. However, what also resonates are unfortunate flashbacks of investors pouring money into projects that never moved beyond whitepapers. There is, therefore, a good reason to fear a repeat of what happened back then.

Here, it is also important to note what transpired all those years ago when the ICO empire finally crumbled. When the ICO bubble finally popped in 2018, the overall crypto-market capitalization dropped by $700B, an 85% drop from its peak in January 2018. Many of the top ICOs, many of which received lots of money in investor funds, lost out too.

Something similar can happen if and when DeFi’s bubble pops. DeFi’s TVL of $9.76B is too significant to not have an impact on Ethereum’s price and the larger crypto-market. For example, many believe that Ethereum’s recent rally was fueled by DeFi. After all, Ethereum is the network powering the space. So, one can imagine how a drop in TVL might impact ETH’s price, market cap, trading sentiment, and the overall market capitalization.

This is the reason why when the SushiSwap incident transpired and millions were wiped off DeFi’s market cap, Ethereum’s price dropped by 20% on the charts.

What can a trader do then? Well, caution is key, caution and the understanding that trading in DeFi currently is driven more by hype and irrational sentiment, than anything else. That should do for now for when DeFi is still in God Mode. The question thus emerges – What to do when it switches modes?

Is Bitcoin really on Ethereum ? Will either proponents softfork BTC to ETH?