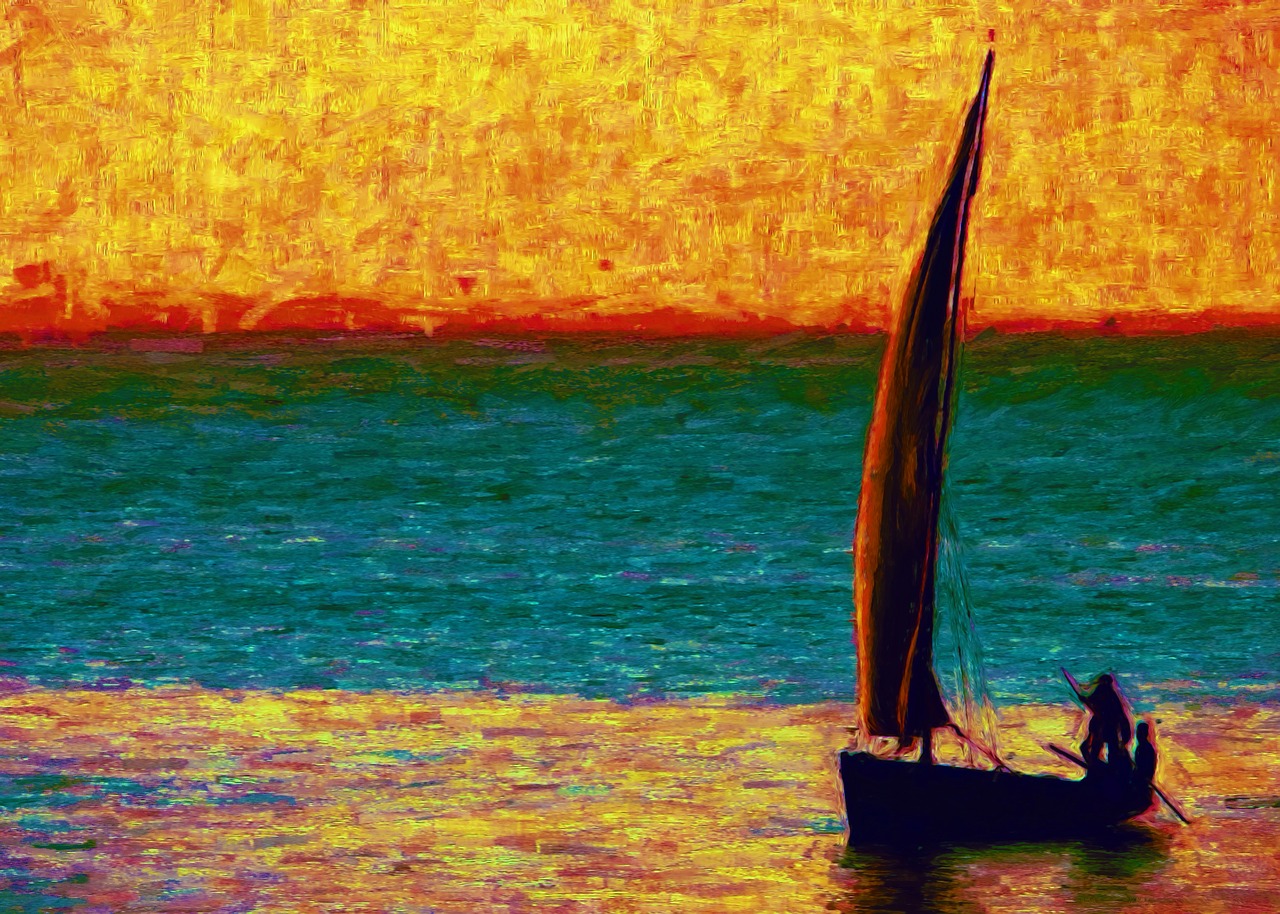 Coinbase has published a “transparency report” that also revealed how the leading crypto exchange has received 1,914 “legitimate government” requests in 2020. According to Coinbase, these requests mainly came in the form of subpoenas and sometimes included search warrants and court orders. About 90% of these “transparency” requests were sent from the U.S., the U.K., and Germany, and others, with agencies in the U.S. sending a bulk of it with 1,113 requests or 60% of the total. 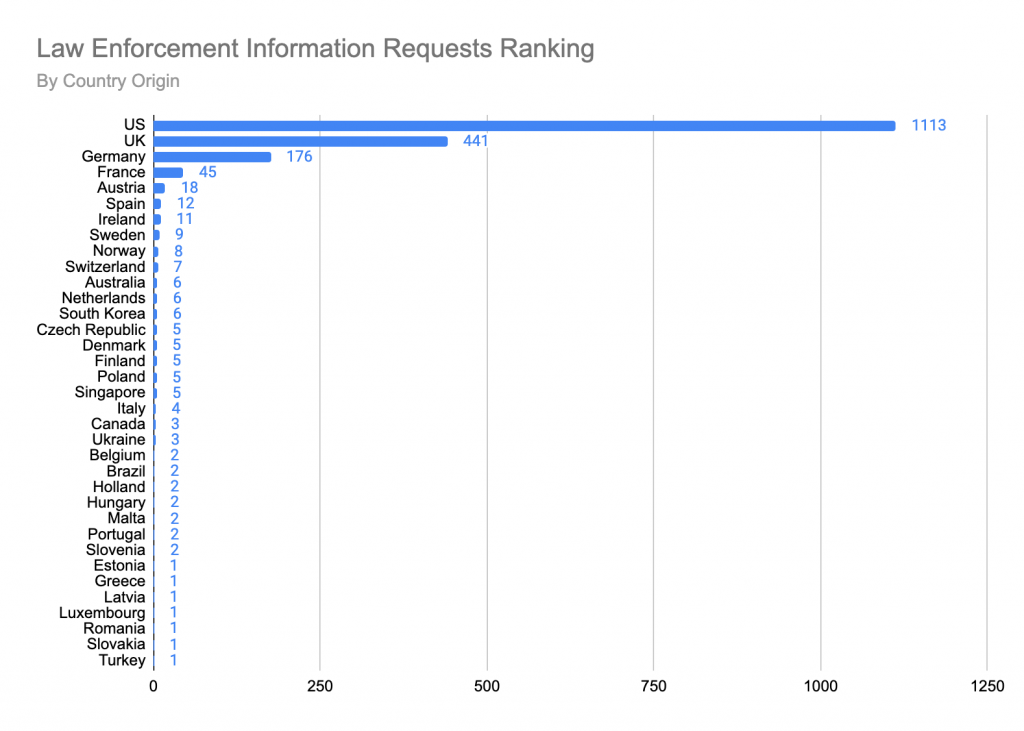 The report pointed out that within the U.S, FBI was its most active law enforcement authority that sent 340 requests. Data from Coinbase’s report also indicated that the Homeland Security Investigations had sent 184 requests, while the local state agencies and the Drug Enforcement Administration (DEA) sent 180, and 104 requests, respectively. Coinbase has shared this data a month after the digital rights organization claimed that the exchange was failing to publish this information. 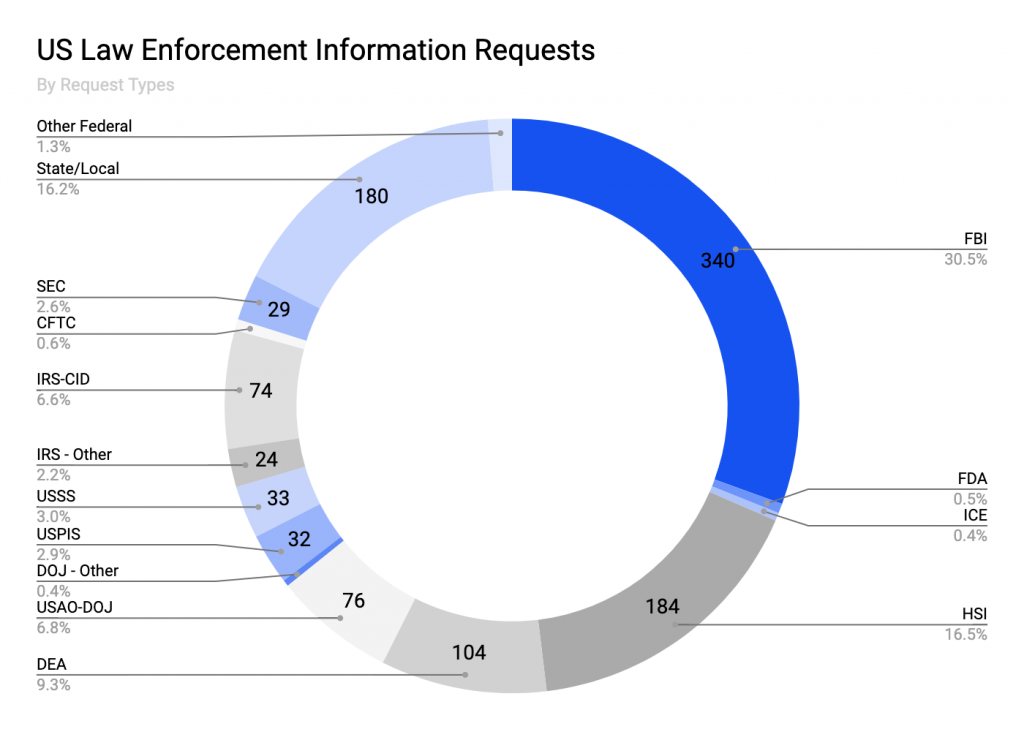 The exchange noted that the exchange had an “obligation to respond’’ since the requests were “valid under financial regulations and other applicable laws.” Coinbase said in a statement:

Yet we do not hesitate to push back where appropriate, even when it is inconvenient or costly to do so.

Several tech firms now publish such reports, including Kraken, which stated in January this year that:

It’s that time again. Here’s a snapshot of our Compliance team’s 2019 Transparency Report. Team America still ahead with 61% of total requests, down from 66% last year. Other geos gaining fast. Trend is obvious. Costs are increasing, even in a relatively flat market.

Coinbase which claimed to have more than 38 million customers worldwide has now planned to publish these transparency reports periodically but did not mention how often it would reveal these reports.

Earlier this month, Coinbase U.K. planned to disclose customer data to the HMRC which is the UK’s tax authority, in response to the British tax authority’s legal notice.

Kraken sounds the alarm for a phishing attack targeting its users