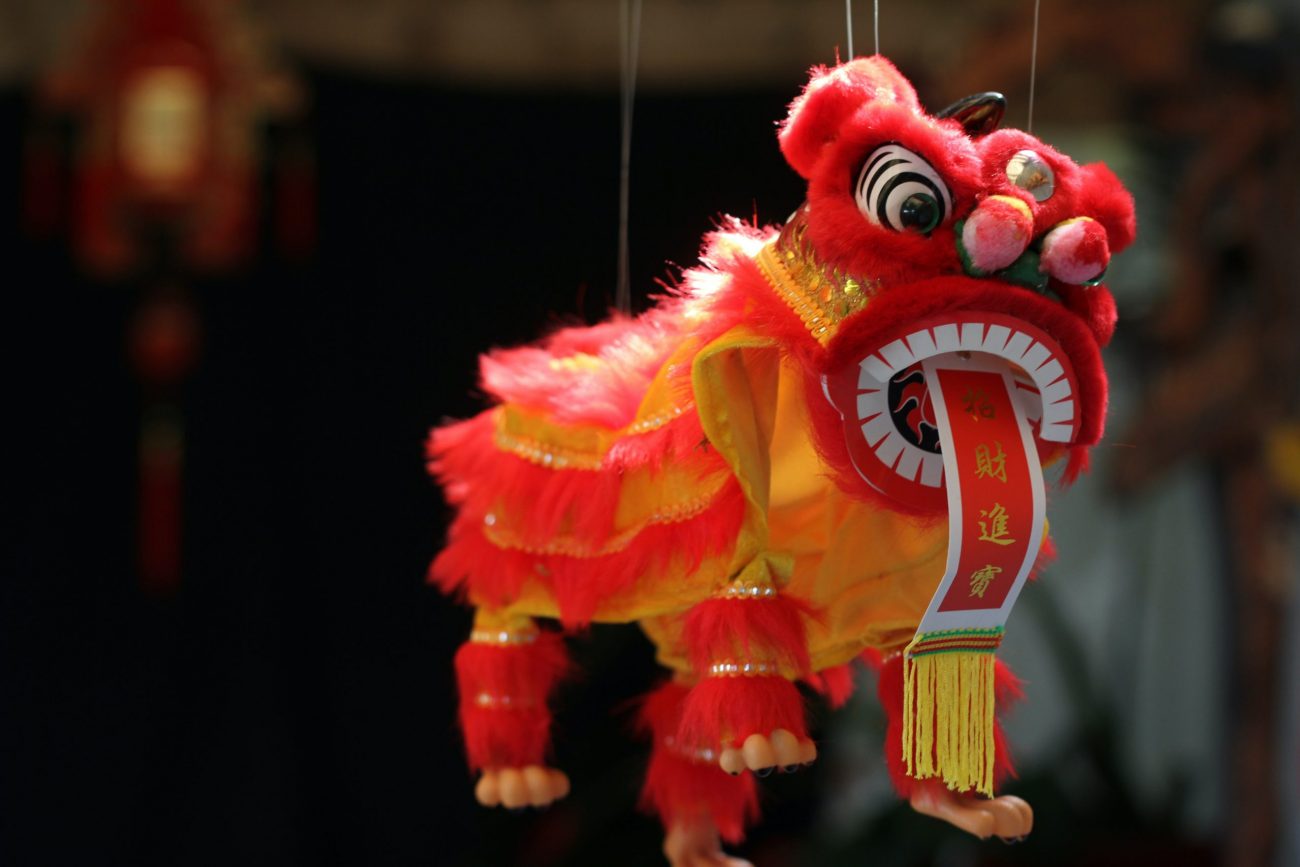 Although neither China nor Tether control Bitcoin or each other in a literal sense, there is certainly a much deeper connection among them.

China is in the news a lot. Whether it be Bitcoin, a trade war, or a pandemic, a closer look usually reveals that much more is happening under the hood, especially when it comes to all things crypto-related. In addition to altcoin trading or trading in general, stablecoin transactions are also highly concentrated in China. The reason for this is multi-faceted and explained below.

The different faces of China

$80 billion is the 24-hour volume all cryptocurrencies in existence, but most of it comes from the Eastern hemisphere. Yes, China and other East Asian countries have contributed a staggering 31% of all crypto-trading in the last 12 months. And if this isn’t enough, 33% of all stablecoin value transacted on-chain has come from East Asia.

Lately, this volume has been increasing and according to Chainalysis, Tether is at the center of it. Not only has the share of Tether, a popular stablecoin, increased, but it beat Bitcoin to emerge as the most-received cryptocurrency by East Asia-based addresses in June 2020.

In the last 12 months, Tether’s share in East-Asian markets has measured up to 93%, while the trailing stablecoin, HUSD, comes in at 2.7%. This just goes to show the usage of Tether in China.

But, why is this the case?

The first and most straightforward answer is Bitcoin mining – Since most Bitcoin mining [65% of the hash rate] comes from China and the most popular trading pair here is BTC/USDT, it is natural for miners to exchange their newly minted Bitcoins to USDT.

Since USDT is popular in China and most use it for day-to-day transactions, be it trading or moving capital out of China, selling BTC to USDT makes sense as miners need to pay for their OPEX.

The second reason is China’s stern stance on cryptocurrencies – In October 2019, President Xi Jinping announced the CBDC – digital Yuan, and this was bad news for other cryptocurrencies. In addition to this, China banned cryptocurrency exchanges in 2017, which meant BTC/YUAN or others.

To make matter worse, China allows around $50,000 or so to be moved out of the country each year. Hence, this led to people forcefully shifting to more appeasing methods to overcome this restriction and Tether seems to be the best fit for it.

This brings us to the third reason Capital flight – the total value sent from East Asia was around $50 billion, with Chainalysis stating that although most of it cannot be considered capital flight, some of it could very well be just that.

“Historically, wealthy citizens have gotten around this through foreign investments in real estate and other assets — sometimes even using shell companies to carry out investments — but the government has cracked down on some of these methods. Cryptocurrency could be picking up some of the slack though.” 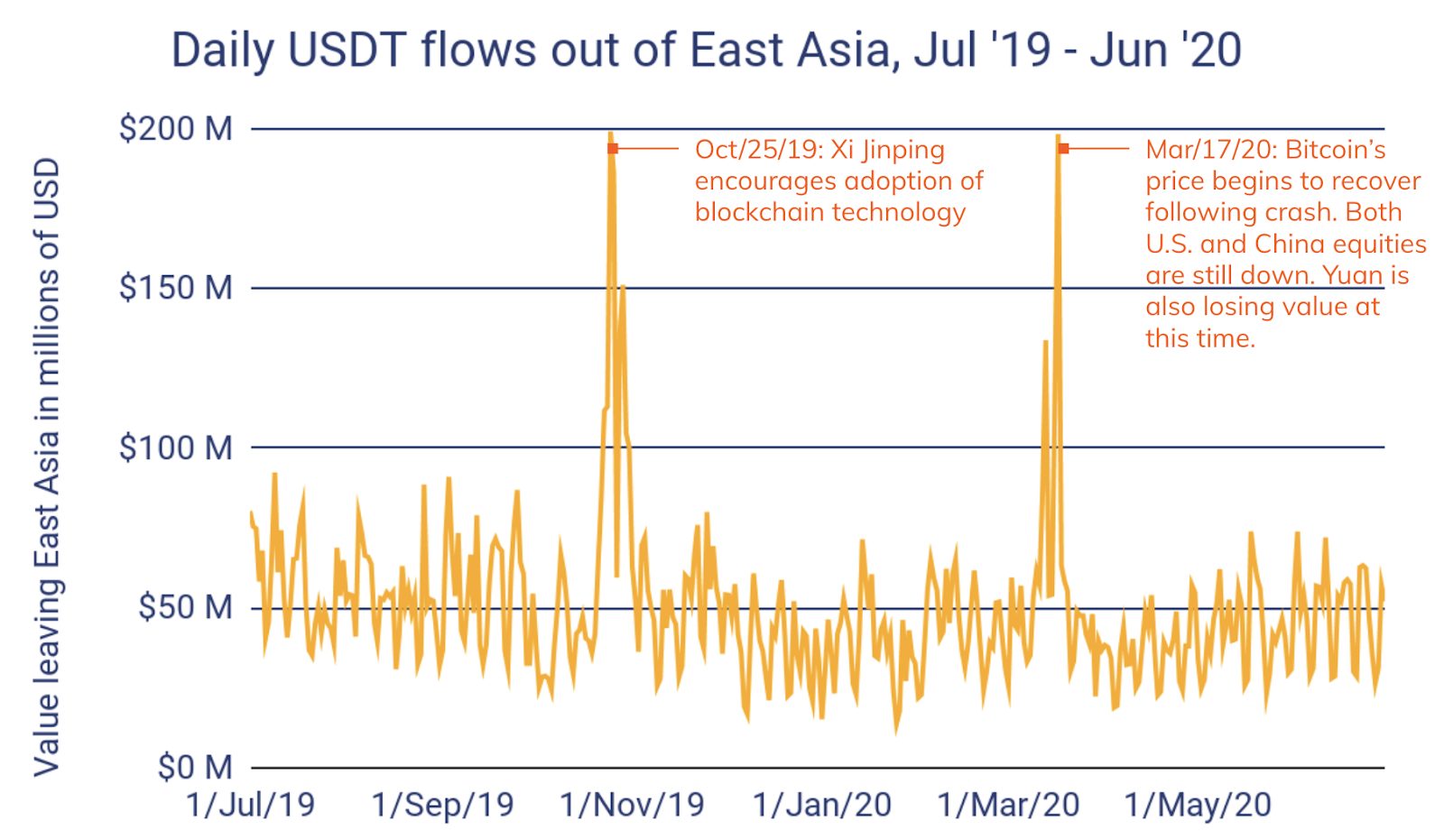 In particular, two incidents stand out and could explain the above. The first was on 25 October 2019 when Xi Jinping announced the CBDC, with the second on 17 March 2020 when the crash was followed by signs of resuscitation. Both of these were interesting developments, especially since Tether was seen moving out of the country.