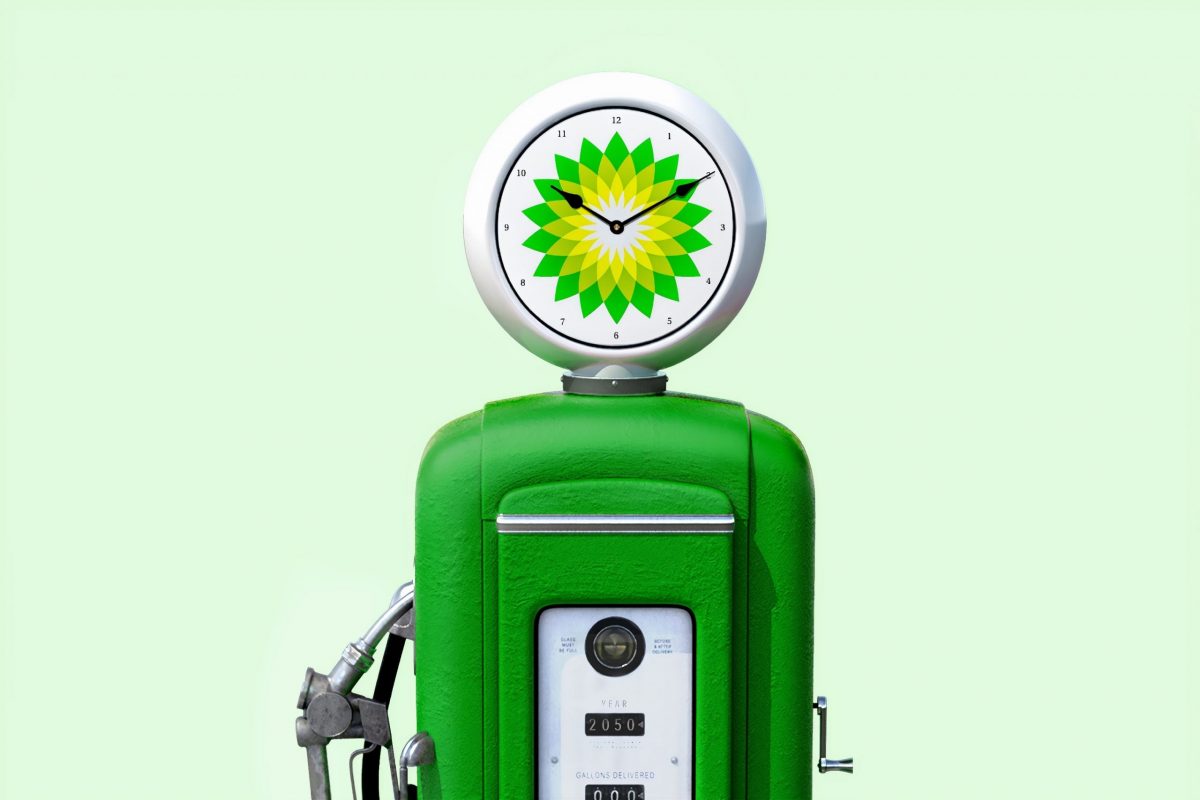 In Q2 of 2020, Bitcoin rose from $5,500 to over $9,500, with brief skirmishes over $10,000. And yet, trading volume on cryptocurrency exchanges saw a net quarterly decrease. On looking at the high-stakes nature of Bitcoin’s Q2 beginning, the price-to-volume difference looks bleak.

According to the latest quarterly report by CoinGecko, the world’s top cryptocurrency exchanges saw a net decline in trading volume by 7 percent, compared to the first quarter of 2020. This decline was not evenly spread across exchanges, however, with some exchanges losing almost a third of their volume, while others gained by double-digits.

The market leader, on the spot-side, was Binance, seeing a whopping decrease of 10 percent in quarter-on-quarter trading volume. Binance traded cryptocurrencies worth $183 million for the quarter and its 10 percent drop accounted for 53 percent of the “total gross decline in trading volume.”

OKEx came second on the spot exchanges chart, with a decline of 3.2 percent followed by Coinbase Pro which dropped by 3.2 percent. It should be noted that Binance and OKEx collectively accounted for 73 percent of the total spot trading volume.

Bitfinex stood out with 33.8 percent or $66 million of its trading volume slashed from March to July, the biggest drop in the top-10 with Poloniex a close-contender after recording a 32.6 percent drop.

Only two exchanges saw an increase in volume – Kraken and Bitstamp, gaining by 1.3 percent and 14.8 percent, respectively. 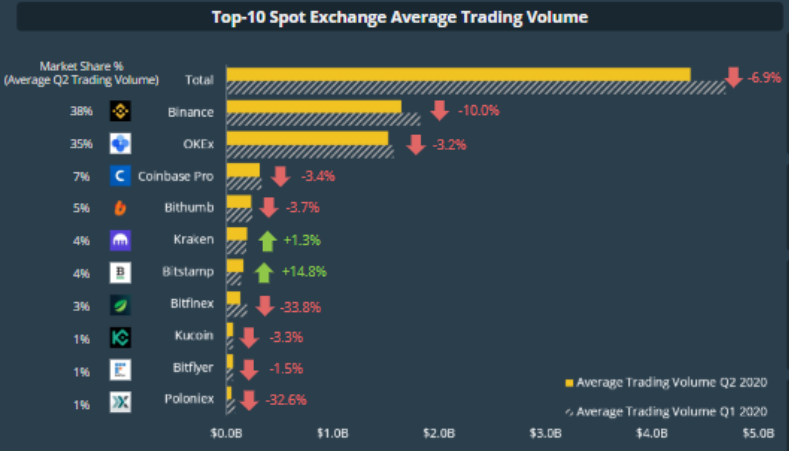 At first glance, this drop would be surprising given that Bitcoin, which holds 64.3 percent of the entire cryptocurrency market, almost doubled through this period. In fact, less than twenty days before the beginning of Q2 2020, Bitcoin fell to $3,800 in what was described as ‘Black Thursday’ or the worst single-day drop over the past seven years.

To understand this trading volume net-decrease, it is important to focus on the drop.

Given the swiftness and severity of the crash, traders jumped on the chance of increased volatility. Spot volume for Bitcoin surged to as high as $75 billion in 24-hour trading volume across exchanges, while the collective volume was over $250 billion, according to CoinMarketCap. Daily volumes till the end of March continued to be within the $35 billion – $55 billion range for Bitcoin and between $110 billion to $170 billion for altcoins.

As things stand, the 24-hour volume for Bitcoin is $17 billion and $57 billion for the collective market.

During this time, there was also a re-shuffle in the cryptocurrency derivatives market. BitMEX, the usurped market leader on the eve of the crash, was dethroned by Binance. According to data from Coinmetrics’ State of the Network: Issue 47 report, BitMEX’s Open Interest share of the total market dropped from 35 percent on 12 March to 25 percent by the end of the month. During the same period, Binance’s share increased from 12 percent to 25 percent.

Hence, while on the face of it a quarter-on-quarter drop is surprising, given where Bitcoin and the market began, the quarter coming of a high-volume post-Black Thursday period and an exchange reshuffle after the drop should’ve been expected, especially with two months of sideways movement.