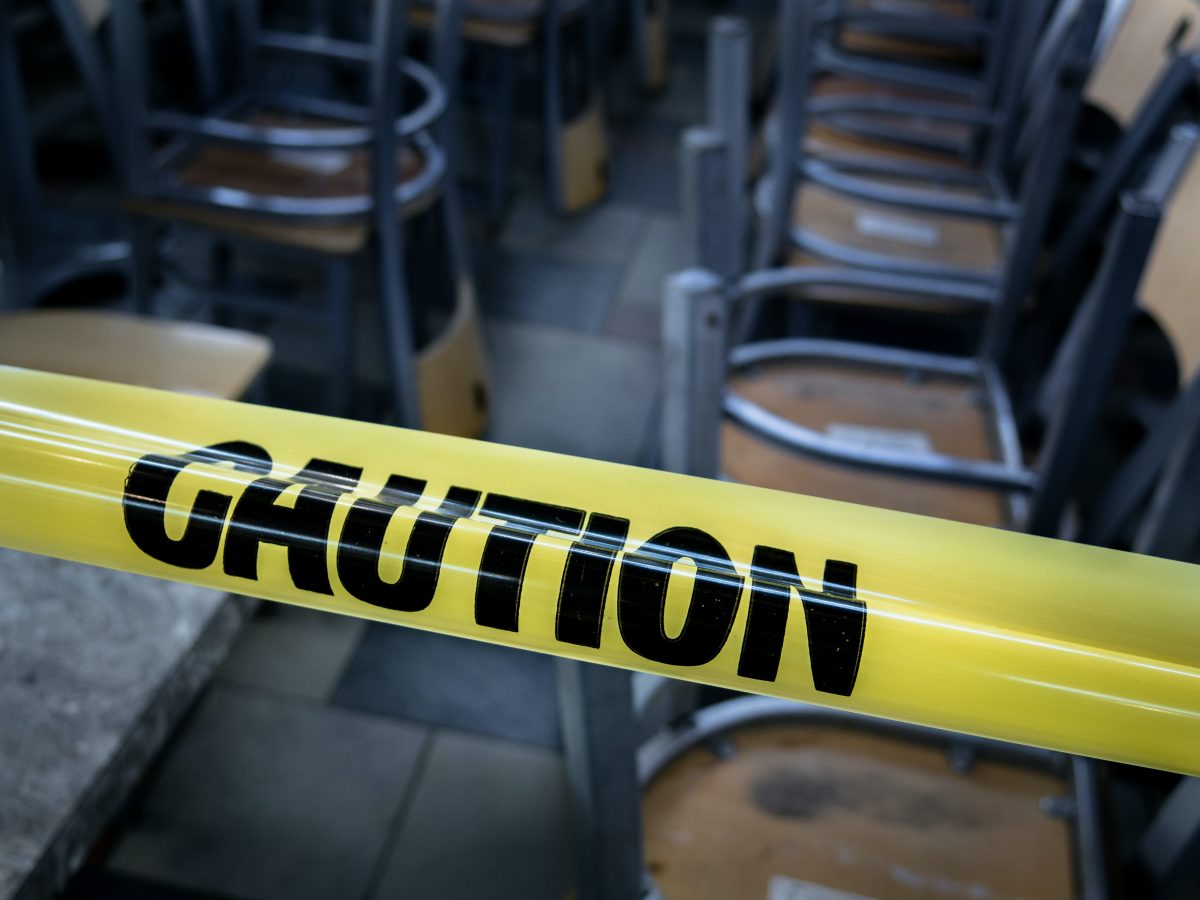 As Bitcoin continues to trudge between the $9,500 and $10,000 range, altcoins prospects may be bolstered. The king coin’s stability off-late may have irked investors but for the top-ranking coins in the market, this stability means more time at the coattails of Bitcoin.

This sideways BTC movement, persisting for the better part of a month has pushed the correlation of Bitcoin to the rest of the elite-10 coins in the market to an all-time high. Further, this corollary movement is not specific to a custom time-period but is applicable across the board.

According to data from skew markets, the 1-month, 3-months, 6-month and 1-year correlation among the top-10 coins in the market are at an ATH. The shortest time period i.e. the monthly scale shows a positive correlation of 85 percent; the last time the metric was this high it was during the first week of the calendar year. 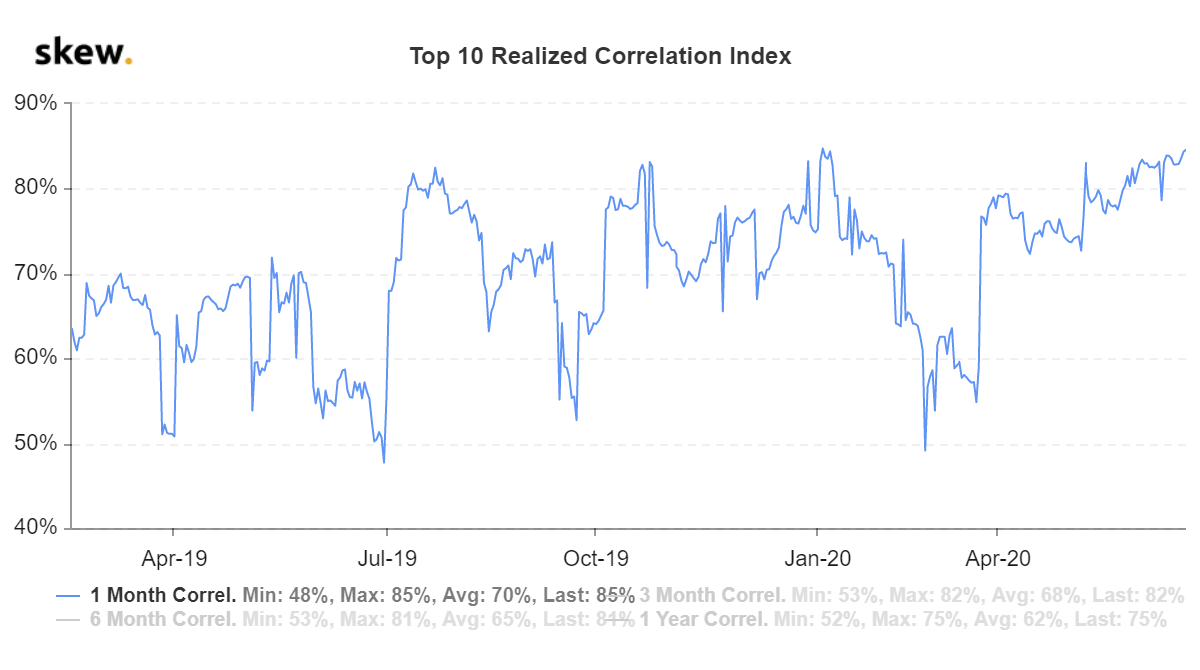 Interestingly, between January 3 to January 7, altcoins were soaring owing to Bitcoin’s slump below $7,000 during the prior holiday season. This period, like recent events, saw two similarities – high correlation and top-10 correlation over 80 percent.

However, in January, the king coin was jolted by international events as the dispute between the United States and Iran, resulting in the killing of the latter’s military commander sparked a surge in Bitcoin and gold. This sudden jolt to Bitcoin’s price, amid a timid ‘alt-season’ caused  spike in the correlation.

Another instance of this stability-correlation function occurred in October 2019. Prior to China’s blockchain embrace [mistaken for a Bitcoin embrace], the cryptocurrency was between $6,500 to $7,500, during this time as well the correlation was over 80 percent on the 1-month scale.

While the back-end of the top-10 has seen some shuffle off-late, Bitcoin’s highest correlation with with top alts. The highest Bitcoin-altcoin correlation is with XRP at 0.89, followed by Litecoin, Binance Coin and then Ethereum. Looking at the top-2 coins following Bitcoin in terms of accumulated market capitalisation i.e. ETH and XRP, their price-correlation is quite different.

In terms of their trading price against each other, one altcoin is clearly doing better than the other. When measured against Bitcoin, Ether since mid-May has been increasing in price. The large chunk of Ether’s price move compared to Bitcoin came between 29 May to 30 day, in the 3-day window ETHBTC surged by 10 percent . Now, the price ETHBTC has been trading with the range of 0.024 to 0.025 for over 20 days, as BTC stability is holding ETH as well.

XRP, on the other hand, has been dropping compared to Bitcoin. Since the beginning of 2019 i.e. for 18 months, XRPBTC has dropped over 80 percent, and is not at its lowest point since December 2017.

While price correlations cannot be a tale for future movements, two patterns have emerged – Bitcoin whenever stable has resulted in high correlation with alts. But this trend is only temporary, succeeding it will be a big move to break the correlation, more so for the top-alts than the others.