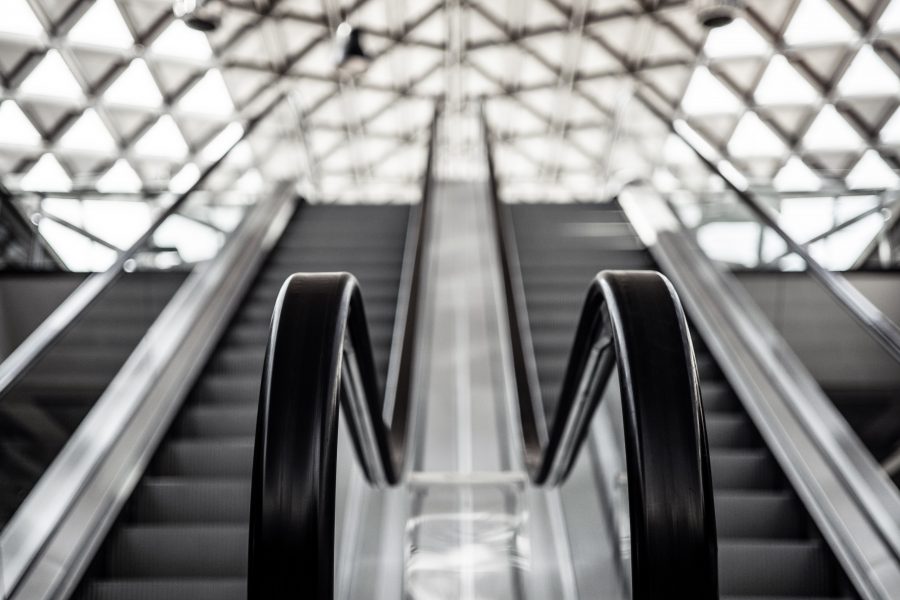 Scarcity is the mother of all demand.

History is littered with a multitude of symbols portraying the importance of ‘balance;’ whether it be with life and death, good and bad or order and chaos. Balance, at the end of the day, is paramount, more so in the financial world than anywhere else.

The cryptocurrency world is often at loggerheads on a number of issues, from centralized control to financial freedom. However, one thing they agree on is ‘balance.’ Bitcoin, the first cryptocurrency that surfaced over a decade ago, embodies that principle of ‘balance,’ not by an arbitrary manipulator that pokes and prods at its financial ethos, but rather by a precise protocol built into its whitepaper, the halving.

The market balance is maintained by the price of Bitcoin rising during the run-up to every halving, keeping miners in the game, despite the inevitable drop in their motivation i.e. the mining rewards.

To draw a parallel to the traditional world of finance, Bitcoin’s halving protocol can be juxtaposed to the macroeconomic concept of balancing out the economy to keep the currency and money supply stable. Central Banks across the world, owing to their own financial or political ‘objectives,’ have always used their quantitative powers of “injections” and “leakages” to manipulate the domestic economy.

Earlier this week, the Federal Reserve announced its first cut in interest rates in over a decade. The slash to the 2.00 percent – 2.25 percent bracket marked a need, as Chairman Jerome Powell put it, to stimulate economic growth and raise inflation rates.

Whatever the motive may be, the very notion of an external arbiter manipulating the money supply and the inflation rate of a currency can be paralleled with Bitcoin, especially with the halving less than 10 months away.

Many in the cryptocurrency community have suggested that the halving is a very similar concept as the Central Banks’ use of quantitative macroeconomic tools. Both parties aim to control; one without an external force, and one with an internal protocol.

The Federal Reserve has been raising its interest rates on a consistent basis since 2016; up by over 2 percent, owing to slumping economic conditions. Inflation, in the same period, has also not followed a straight line, moving by 3 percent.

Bitcoin, on the other hand, allows for more stable movement. 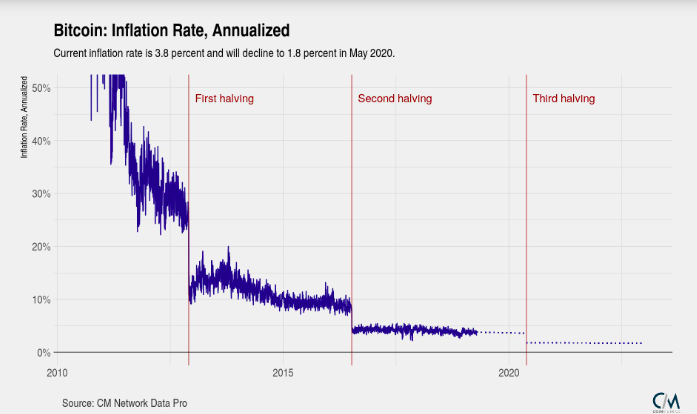 Andreas M. Antonopoulos, author of Mastering Bitcoin, spoke to AMBCrypto on the topic and said,

“The next halving will take the “effective” interest rate of BTC to about 1.8%. That will bring it lower than almost every central bank target rate of 2%, which many banks are failing to maintain.”

Since this interest-inflation paradigm is set in advance and is known to everyone in the cryptocurrency space, cryptocurrencies diverge from the traditional market.

Mati Greenspan, Senior Market Analyst at eToro, opined that the two events of the two opposing financial realms are “totally different things;” however, several inhabitants of these realms “don’t realize it.”  The Federal Reserve’s rate cut is still dependent on the actions of the commercial banks. Banks, who in the analyst’s opinion, “inflate their balances based on fractional reserves.”

“So, where the Fed is trying to ensure a steady inflation rate of 2%, Bitcoin is actually a deflationary asset that is designed to dramatically increase in value over long periods of time.”

The halving process with Bitcoin is far more “predictable” and “transparent.” Hence, the cryptocurrency market is pegged on the pretext of being organized, rather than being manipulated. Bitcoin, given this ‘predictability’ and ‘transparency,’ is meant to rise in value over the years to come.

On the other end of the spectrum, Central Banks often ply their trade not by design, but by decree. From legitimate concerns of surging inflationary pressure or an economic slump, to more nefarious objectives of manipulating supply and spending for political purposes, there may be several reasons behind such actions.

Economists have opined that the recent rate cut was implemented in order to accelerate economic growth and bring the US economy out of a slump, in addition to dealing with the US-China trade war. With yet another election year looming, macroeconomic tools are being used for political purposes.

When the Reserve Bank of India, the Asian country’s Central Bank, raised its interest rates by 25 basis points to 6.25 in August 2018, a Reuters poll suggested that the main reason for the same was due to the “spike in global oil” prices and a “weakening rupee.”

The Bank of England [BoE] has been using the movement of interest rates as a fallback option if and when a final deal on the United Kingdom’s exit from the European Union is finalized.

Several other countries are responding to global trade tensions, commodity movements, internal political turmoil, and domestic tensions with a change in the total money supply and inflation of their sovereign currency, contributing to concerns in the native stock market as well as the minds of everyday investors.

However, the cryptocurrency market with its decentralized ethos has created a system of organized movement of these very macroeconomic factors. The supply of Bitcoin is traced based on block production with a finite supply of total BTC. The inflationary pressure is constantly decreasing and according to Antonopoulos, the next halving will drop it below the major Central Bank threshold of 2 percent. The price of Bitcoin, based on historical movements, rises 3 – 10 months prior to the halving and will move upwards immediately after it.

Grayscale Investments chooses Coinbase Custody for storage of its crypto-assets