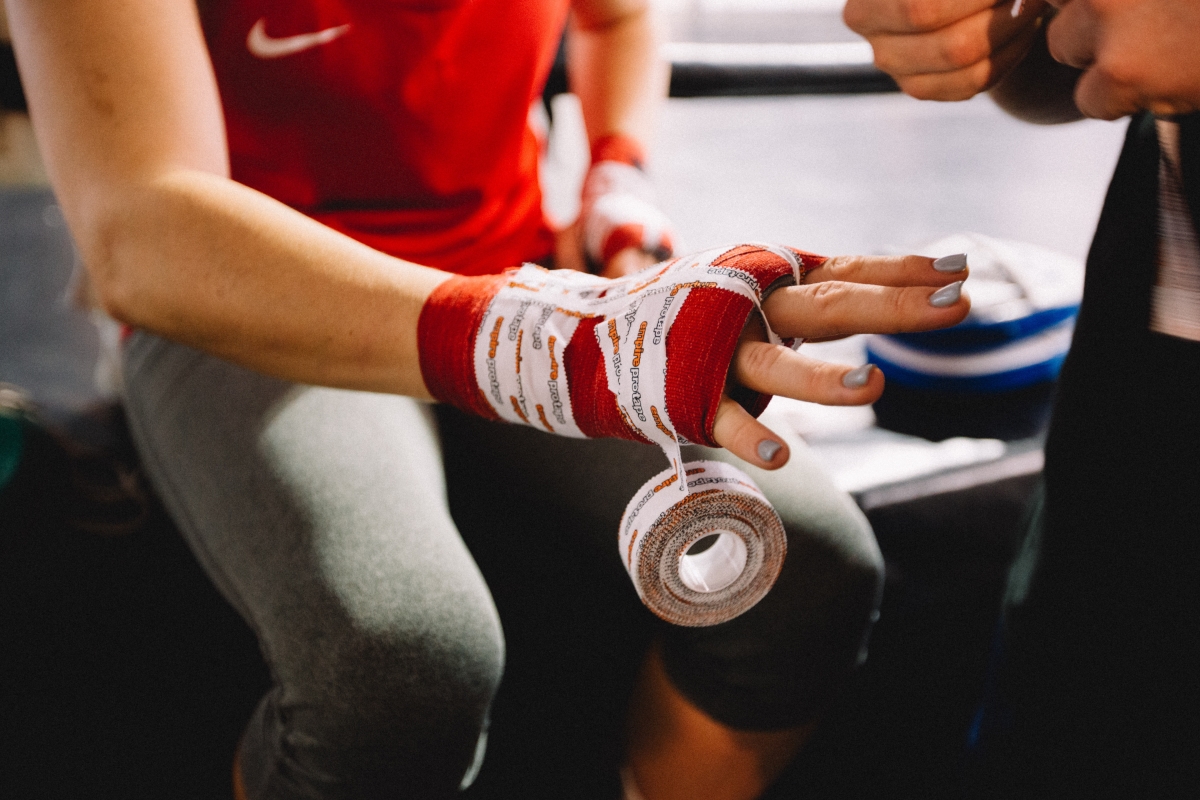 Bitcoin is certainly enjoying its ‘purple-patch’ period at the moment. Alongside strong price movement and trading at a higher range, its fundamental metrics are witnessing new milestones as well. According to blockchain.com, the number of unique addresses in the Bitcoin network is currently on a steep incline since the start of 2020. 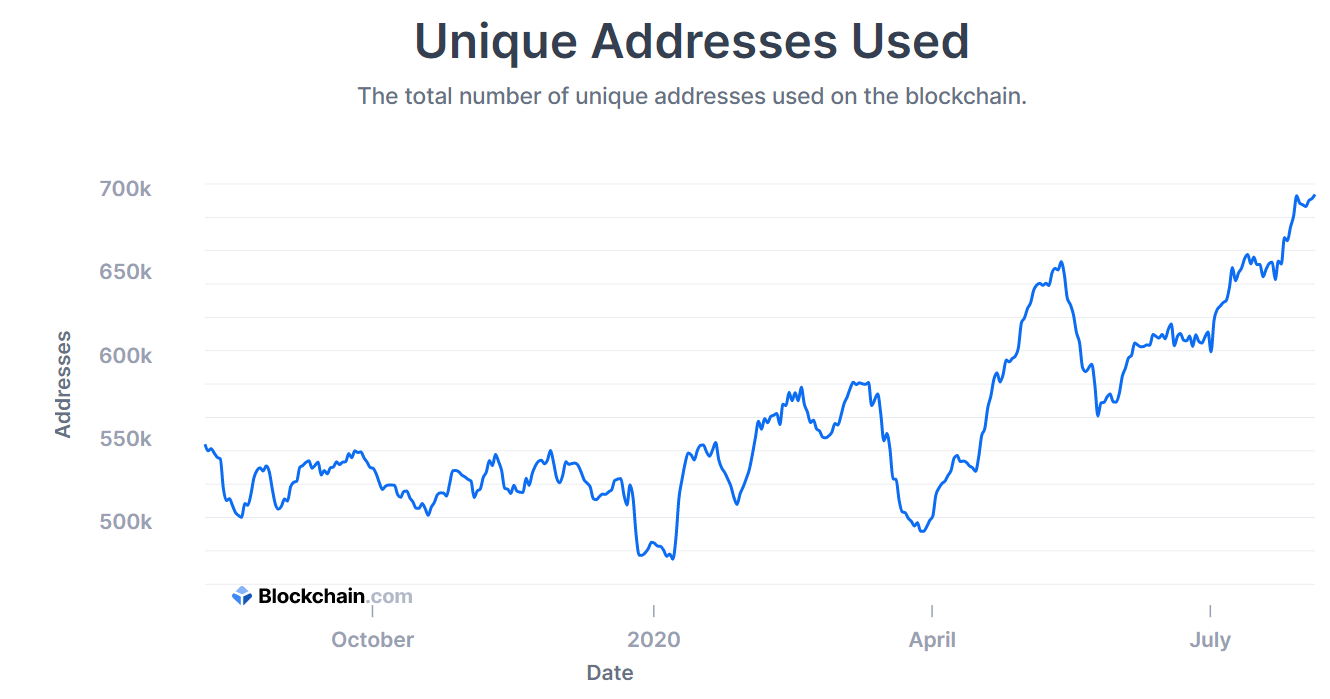 After registering around 484k uniques entities on January 1st, the number was up to 693k unique address at the time of writing this article. Additionally, another Bitcoin blockchain aspect is currently approaching high levels last witnessed during 2017, as active addresses and daily transaction count were adding up as well, while the trading fees continued to be significantly less than the highs of 2017.

Speculation was already starting to arise on how Bitcoin’s network had improved scalability all of a sudden. In light of that, Arcane’s recent report suggested some answers. 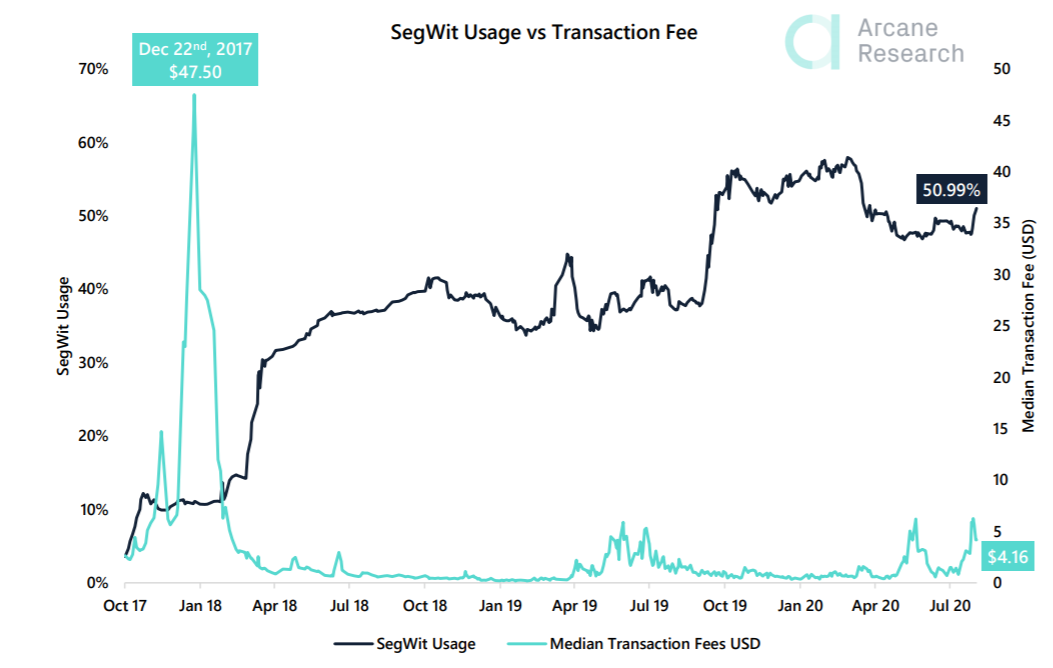 Adoption of SegWit and Batched Transactions

According to Arcane Research and the above chart, SegWit transactions are up by 50.99 percent over the past few days as data suggested that 65 percent of the transaction in the space we’re using digital signatures. SegWit was launched back in 2017 after a successful soft-fork was implemented on Bitcoin’s network but it hasn’t got the expected response from users.

However, the current improvement in statistics suggested that on-chain solutions were not completely dead and out.

Additionally, the report added about batched transactions. It said,

Decred Founder thinks On-chain solution is not enough for Bitcoin

Speaking to a media outlet in June 2020, Yocom-Piatt said that Bitcoin’s mainstream adoption is leading to its struggles with scalability. Indicating that there was not enough demand for on-chain transactions because peak demand spikes up the price, Piatt said,

“Scaling Bitcoin using off-chain transactions is pretty much the only option.”

Now, there was a real truth pointed out by the Decred Founder. Off-chain transactions were indeed an option as reported previously, solutions such as Liquid, BTC Lightning, and WBTC on Ethereum are currently amassing in a lot of attention.

Especially the concept of Wrapped Bitcoins of ETH, which is indirectly stating that Ethereum is able to provide better scaling solution for Bitcoin, than Bitcoin itself.

However, as mentioned above by Arcane, On-chain solutions were seen to make improvements in 2020, and with the fees not rising as high in 2017, it can be speculated that on-chain solutions for Bitcoin were able to keep up with the demand.

Using off-chain paths are, either way, more complicated and necessarily centralized, hence if on-chain solutions for Bitcoin continue on its rising path, it may soon undermine the need for an off-chain network in the near future.