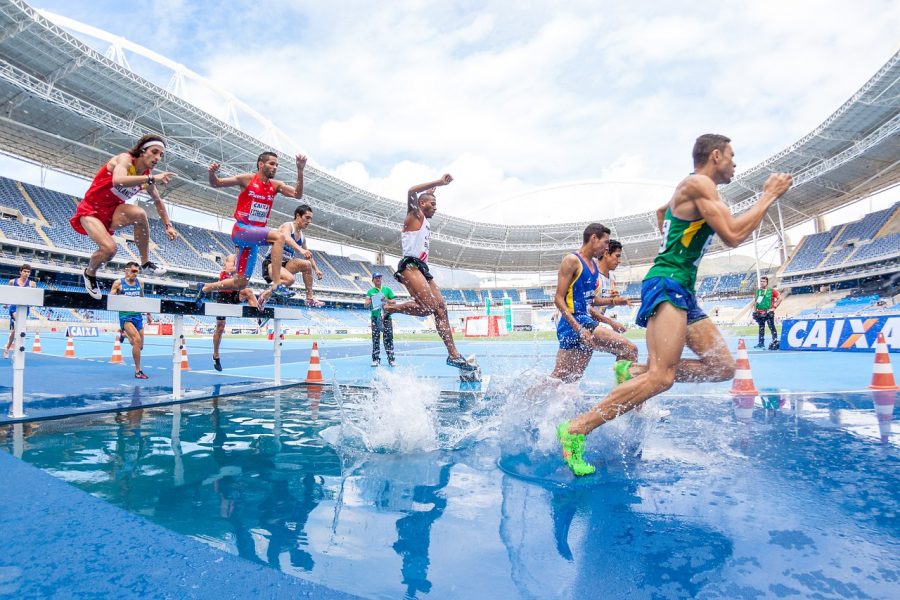 After a turbulent start to the new year, crypto-market sentiment appears to have improved. The market saw a pump in Bitcoin SV’s stagnant price, making it the top-performing crypto-asset over the past week. However, Bitcoin continued to lead the crypto-market due to the increased correlation between the world’s largest crypto-asset and altcoins. According to a recent report by Coin Metrics, 72% of all Bitcoins had unrealized gains as per the distribution of the estimated cost.

“This is a significant improvement from one month ago where this metric stood at 50%. The current distribution shows that the vast majority of Bitcoin has an estimated cost basis less than $12,000 and that at these levels, only a small increase in price is needed to dramatically improve investor sentiment. “ 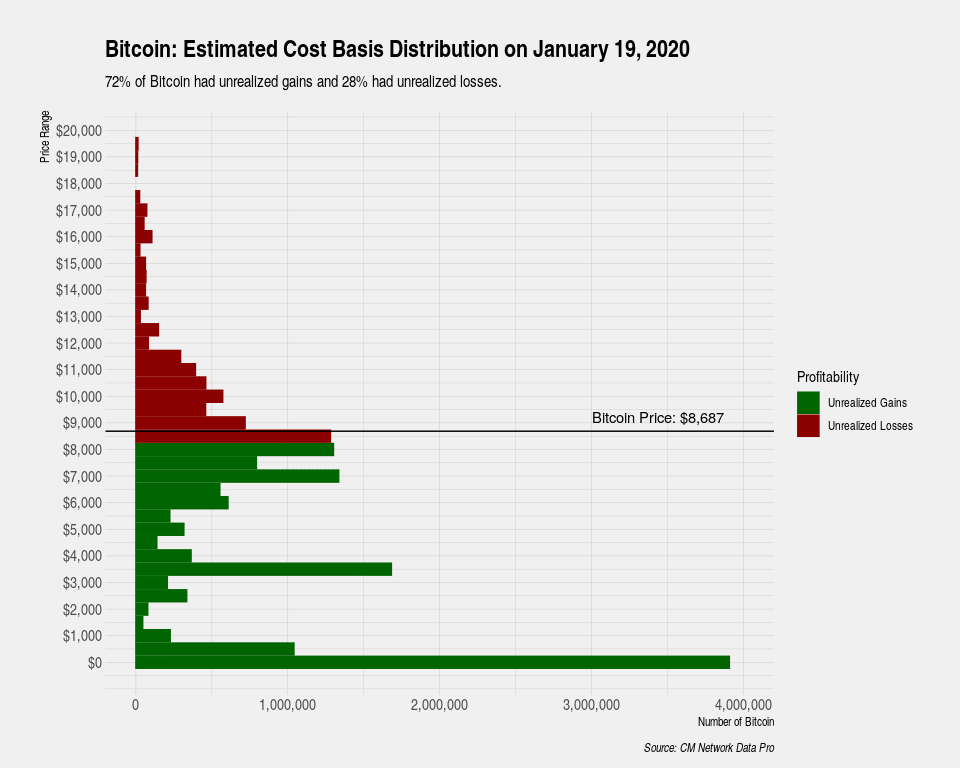 As per the calculations of Coin Metrics’ Bletchley Indexes, the assets appeared to register strong performances. However, Bitcoin was the only major asset to report returns of only 6.5%, whereas the mid-cap assets [Bletchley 20] performed their best during the week, noting 20.5% returns, followed by the small-cap assets [Bletchley 40] which also contributed 17.5% in growth.

“From the first of Jan, all CM Bletchley Indexes have returned between 25% and 48%. The breadth of the performance across the market can be witnessed in the below chart, where it can be observed that the annual returns of the even weighted indexes has exceeded or been relatively similar to its related market cap weighted index.” 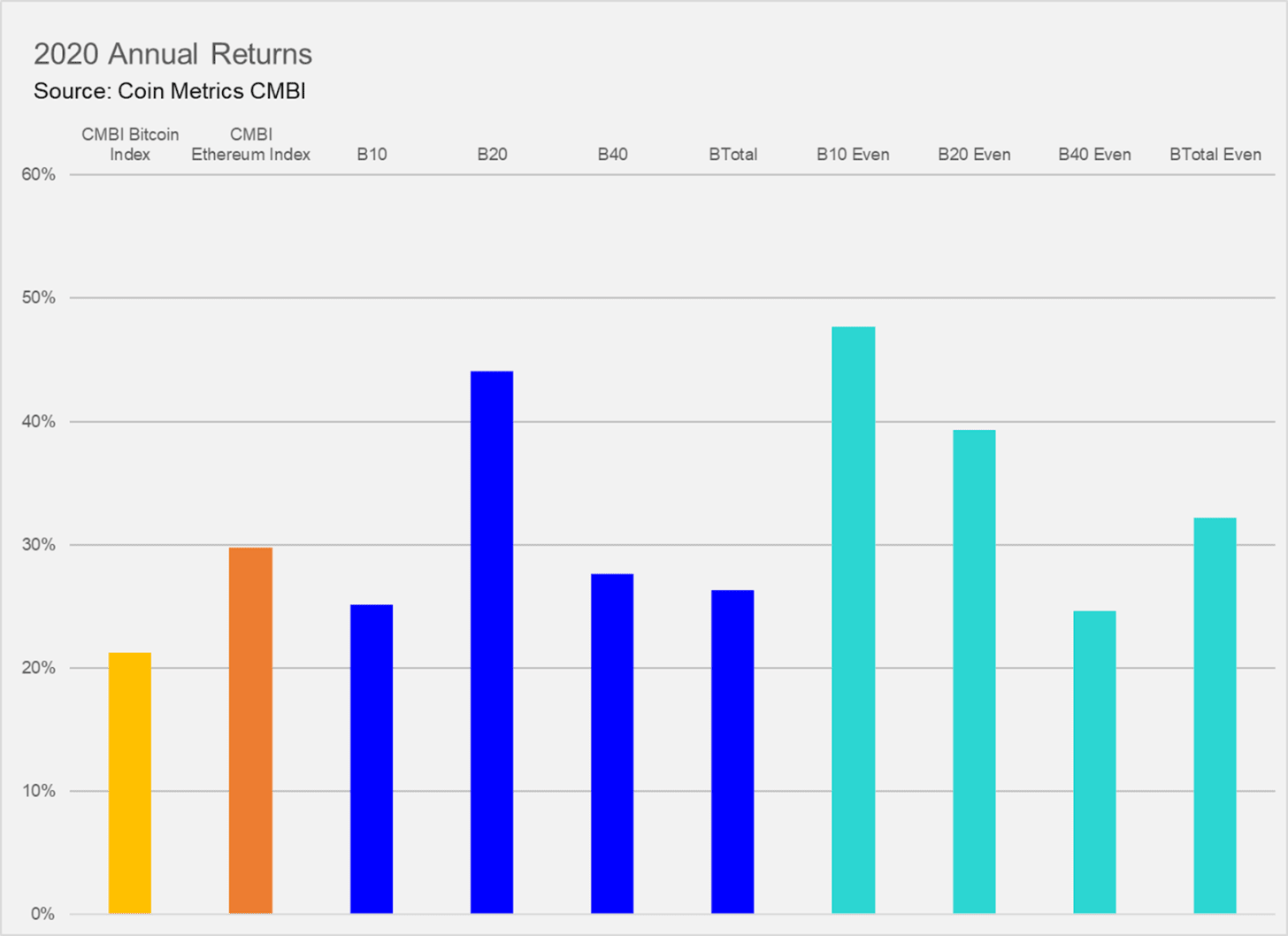