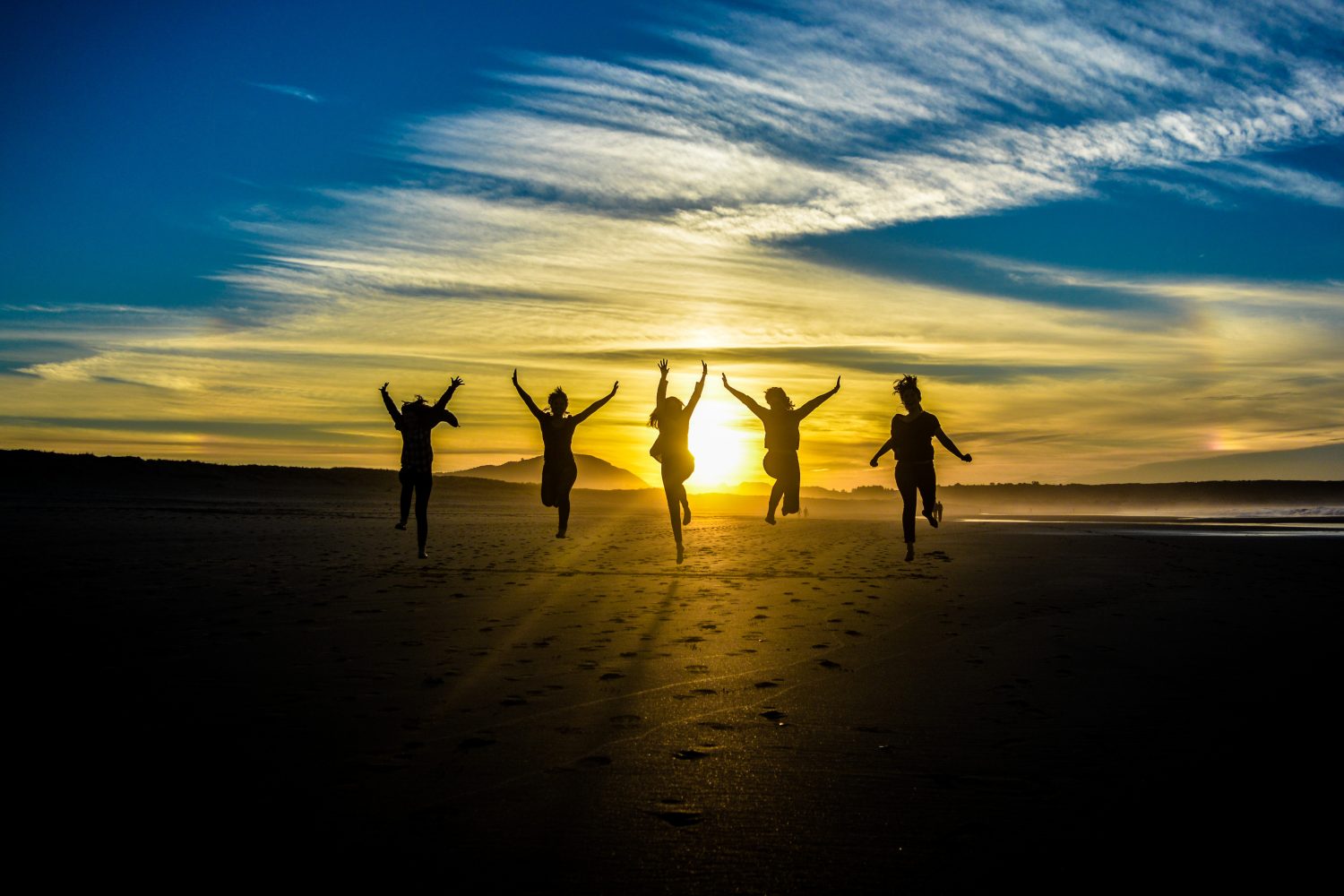 Fun fact: There are 195 countries in the world today, but back in 2000, the number of official nations was 230. Yeah. Don’t worry, no one colonized anyone in the last 20 years (Not as well as the British did for 200 years anyway).

Without explaining much (since it is a fun fact), another Google search helped reveal that across those 195 nations, a total of 180 currencies are legal and in use. The math certainly didn’t add up, but I accepted it considering the fact that several European nations shared the same fiat currency.

What I failed to understand is the fact that there are currently over 5000 cryptocurrencies in the world, and hundreds of them are failing every day. In this article, we will try to analyze the metric of success for a cryptocurrency in the future and why so many digital assets are unlikely to survive in the long-run.

Big Finance may dictate success, but at what cost?

It is safe to say that the ICO craze of 2017 is unlikely to repeat itself in the future as potential users in the present and the future will be more aware of scam-ish projects. However, few unique features may still allow other crypto-assets to stand out in the crowd. However, will it be enough?

The answer depends on Big Finance.

Now, the introduction of big financial institutions goes against the ethos of crypto, but there is a high possibility that these centralized institutions may eventually force themselves into the industry. Hence, their impact in the future cannot be dismissed just yet.

Now, the likes of professional trading in crypto from the perspective of Futures and derivatives are already active in the space; however, if the next revolutionary whitepaper for a digital asset comes out from a billion-dollar financial entity, it would be safe to say that the tables would have, ironically, turned.

It will trigger a phase where only large companies will be able to generate profits from the crypto-business module and small assets starting from scratch will simply not possess the same resources to compete with such odds. Hence, we should cross our fingers and hope that the backing of an institution does not translate into crypto-success in the future.

These comments from Daniel Pinto, Head of JPMorgan‘s corporate and investment arm, will keep any crypto-enthusiast up at night. He told CNBC in 2018,

“The firm is looking into digital currencies. Cryptocurrencies are real, but not in the current form. If we need to clear futures of Bitcoin, can we do it? Yes. Have we done it? No.”

Decentralization is important now, will be important in the future

Now, even though the term ‘decentralized’ is tossed around in the space like a caesar salad, it does not invalidate the fact that its importance does not decrease with over-emphasis or awareness. Now, most of you would already know what decentralized means, so I will shoot the three bullet points which I feel stand out.

The sad fact of the matter, despite the above knowledge, is that most of the digital assets in the space are currently centralized in some way, and regulations are eventually going to catch up. But, there is way out of that as well, the magic term is called ‘Indirect regulations.’

Hossein Nabilou’s brilliant paper, How to Regulate Bitcoin aptly explains that indirect regulations would be particularly suitable for digital assets that are decentralized in nature. The study explained that cultivating appropriate indirect regulatory mechanisms for assets such as Bitcoin requires identifying similar financial institutions that have the most continuous and day-to-day functionality with them.

These are the institutions that can potentially act as ‘surrogate regulators’ delegated with regulatory functions from government agencies. Additionally, since indirect regulation of virtual currencies will be administered by different multiple banks and payment institutions, it opens up the ”possibility of decentralized implementation and enforcement of rules which are initially applied to the banking and payment sector’.’

Phew! Since we are somewhat clear on the decentralized part of crypto for future success, Spencer Bogart, Partner at Blockchain Capital summed it up well,

“I’m most optimistic that highly decentralized networks will provide a robust foundation on top of which we can realize the efficiencies of centralization in higher layers — should it be desired. It’s a path that will likely take longer and be more difficult to build, but it might be the only viable route medium- to long-term.”

Some Regulars will count as well; Market Capitalization, Mainstream Adoption. . . .

Ah, the same old set of metrics that are regularly updated every year in some research paper (And here I thought this article is going to be different, and we are going to find different metrics of success). To be fair, if that’s what you were thinking before reading the article, trust me, I had a similar train of thought.

However, we need to understand the importance of basic standards.

Market Capitalization will continue to be a metric of success in the future because let’s be honest, Money talks, any day. Apple Inc. would not be considered the most successful smartphone company without its trillion-dollar name tag (Okay okay, I understand they develop OS as well, but you get what I meant).

Similarly, it is difficult to see someone give a penny’s worth of attention to a digital asset if they were not backed with enough market capital. Take the example of the 40th-ranked coin Decred. Common consensus suggests that DCR tokens are better than Bitcoin in terms of functionality, decentralized governance, and they are also trying to eliminate the issue of centralized mining. However, be honest with me; the 40th-rank thing caught your attention, didn’t it?

And yes, it definitely should. Decred can be as technically superior that Bitcoin, but a $152 million market cap will always lose out its business to an asset that is backed with $163 billion!

Although, truth be told, Bitcoin has an unfair advantage in terms of the market cap in the industry, one that will probably never be reduced in terms of price gap. Hence, the next best metric to distinguish between the altcoins will probably stem down to mainstream adoption.

The idea of adoption might vary from time to time, but its core value would remain the same. Number of users pulling in the space, number of active addresses, transactions, etc. etc. However, above these basic guidelines, the metric of higher adoption could eventually become irrelevant if the crypto-asset is not solving a problem.

Real mainstream adoption in the future will kick in once an asset is able to establish its diversity from the others in the space. Frankly, most of the altcoins are already following this path, but practically no one has stood tall yet (Ethereum is trying really hard!). Considering the fact that crypto-assets are the living embodiment of innovation, in a decade, a lot of these assets will be closer to their objectives and the world would truly be a better place in terms of financial functionality and utility.

So will different assets continue to emerge in the future?

Umm, this is a tricky conclusion to jot down, so I might as well present my personal opinion.

The answer is probably YES, but I can assure you that digital assets will continue to fail as well. It is essential to understand that certain assets are not launched with the objective of solving the payment system or becoming the next Store-of-Value. Certain crypto-assets are basically like software applications.

Each app/crypto is probably good at something or at least is meant to do something specific. Just like cryptos, there are multiple applications, — some better, some worse, token-based smart contracts that perform the exact same thing; some do it better, some do it worse, some excel in a particular nation or region, while some are integrated with other systems that make sense for a particular set of people.

Hence, it is unlikely that new digital assets will stop emerging because not every crypto is trying to be Bitcoin. They are just trying to be a part of this emerging innovation-driven space. That isn’t really a bad thing now, is it?

Litecoin may mingle at $40, but faces possibility of pennant pattern breach

Why do people still give a shit about Shitcoins?