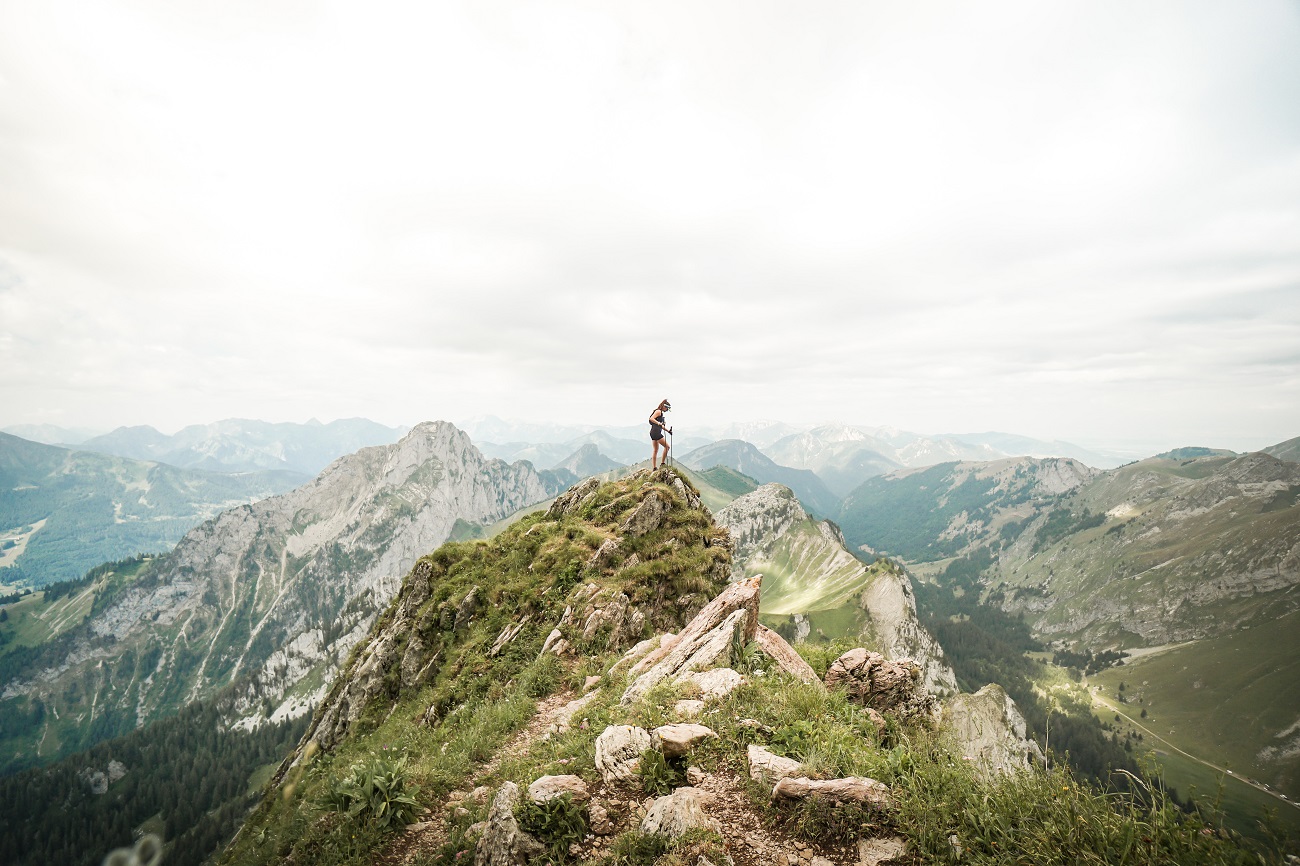 After struggling for more than a week, Bitcoin has managed to breach the 50-day moving average [yellow] and stay above it. In doing so, the price has lost momentum and was range-bound at press time. Trading at $7,080, the coin had a market cap of $130 billion. Down 1.20% in the last day, the coin seems devoid of volatility. 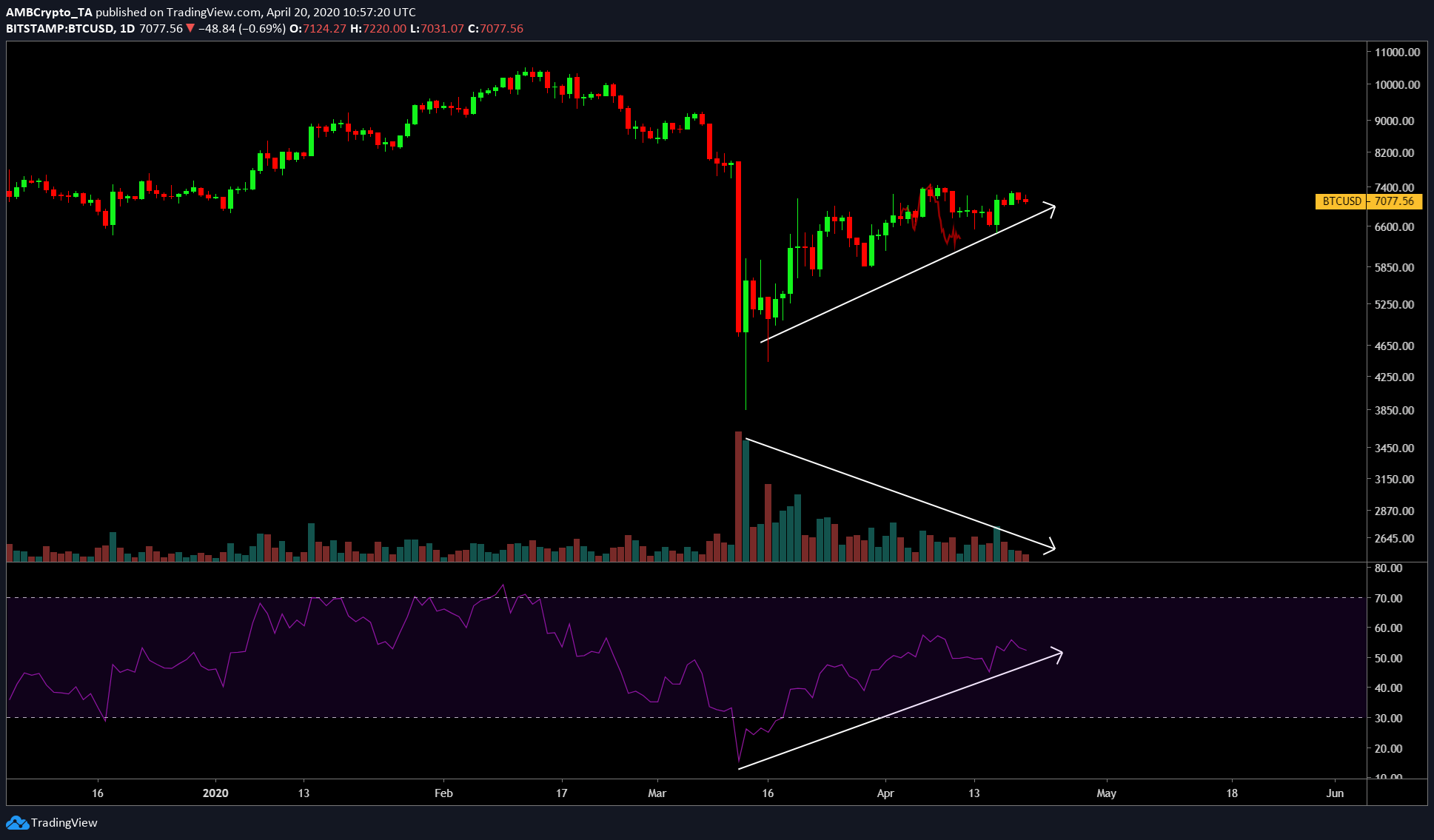 The price is strutting but slowly heading higher with each collapse and this has been the case since the March 13 crash. However, as this happens, the volume is slowly collapsing while RSI is indicating a surge similar to that of the price. From the divergence between volume and price combined with the RSI, it can be inferred that a massive movement might be incoming for BTC.

Especially when the same thing occurred a year ago when the price and RSI were in sync but the volume was receding. In 2019, the price leapt from $4,000 to $13,800 in almost 3 months. With the repetition of the pattern, the same can be expected of Bitcoin.

However, on a lower time frame of 4 hours, the price, as mentioned, is range-bound. More of Bitcoin’s short term movements can be seen in the below section. 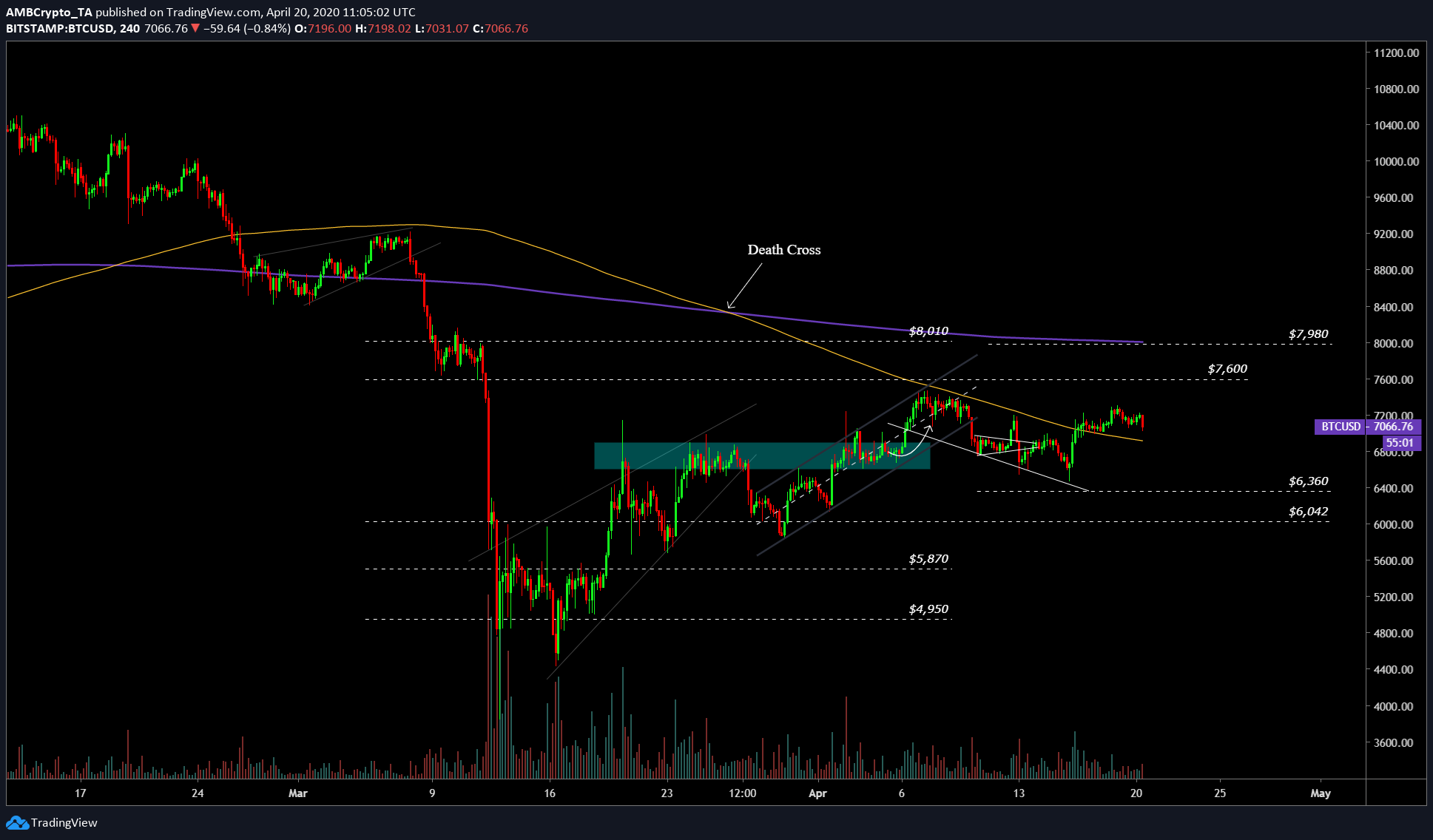 As mentioned before, the price has managed to climb above the 50 DMA [yellow] which means the first hurdle is clear. The next resistance for the coin would be the top of the range at $7,600. However, at press time, that level is far away as the price is heading towards the 50 DMA, possibly retesting it before bouncing from it. Regardless, the second resistance would be at $7,980 which is where the 200-DMA is resting [purple].

RSI doesn’t change much on the 4-hour or the daily time frame, hence, the price is on track for some profits in the medium term, however, there might some testing of the 50 DMA and sideways movement before that.

If April 2020 is anything like 2019, excessive volatility will push the price beyond psychological levels at $9,000, $10,000, etc., and by the end of 2020, the price might be closer to ATH or have it breached for a brief moment. Especially with the approaching halving, the price needs to climb higher or it will cause a lot of less efficient miners to capitulate. Additionally, the volatility of Bitcoin is the highest in April and we might expect that volatility yet again.

Related Topics:btcfeaturedprice prediction
Up Next

Here’s the price impact of regulatory news on bitcoin