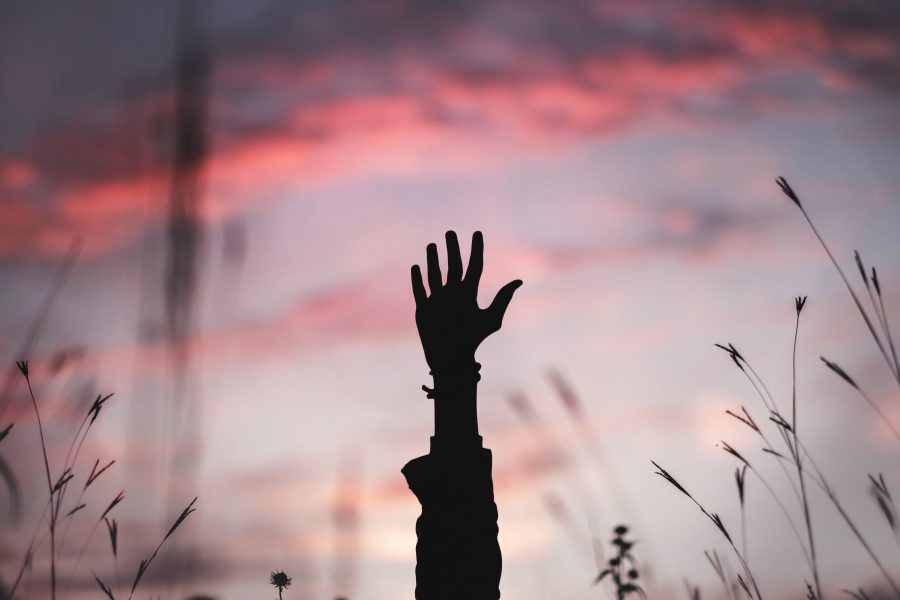 Bitcoin is breaking down, not breaking out.

The stage was set. Bitcoin was looking to break out of a four-month price pennant, economic uncertainty was mounting, more dollars were being pumped into the economy, and most importantly, Bakkt was set to go live. However, once again the markets have failed to move. Flirting with the $10,000 mark, Bitcoin was expected to surge upwards at the start of this week, but the king coin has now dropped to its lowest price point in over three months.

At press time, Bitcoin had dropped to $8,500 a pop, revisiting the pre-Libra days. Facebook and its digital currency was unveiled on 18 June, and with crypto-proponents believing Libra to be a gateway drug into decentralised currency, Bitcoin saw bullish waves. In the days preceding and succeeding the Libra announcement [14 June – 26 June], Bitcoin rose by a whopping 57 percent from $8,200 to over $13,500, its highest price since January 2018.

Bitcoin bulls have failed to surge since. The king coin kept up a steady slump since the close of June, finding itself in a pennant. Punctuated by lower-highs and higher-lows, the price was in a firm squeeze. The thick of the pennant downed the price from the aforementioned high to $9,500, with several dips below and above the $10,000 mark.

Supporting the pennant was the key level placed at $9,400, forming what looked to be a descending triangle leading Bitcoin to be locked in two unfortunate patterns. The support was broken on the day of the Bakkt launch, spurring a wild sell-off and dropping the price by 10.63 percent from the level.

But wait, there’s more. With Bitcoin plummeting past the pennant and the triangle, the price neared the 200-day Moving Average [MA] and sparked concerns. The top crypto already broke its 100-day MA back in mid-September, but this was treated as insignificant as the pennant seemed to hold and spur a rally, which eventually failed. The 200-day MA placed at $8,300 is less than $150 from the current price, with traders and analysts alike holding their breath with every candlestick formation.

Past price movements may not be an indication of future performance, even more so for the Bitcoin market. This important caveat was proven this past week.

Market participants expected a green wave when the brainchild of the Intercontinental Exchange [ICE], Bakkt, opened on 23 September. The digital assets platform which was originally slated for a January 2019 launch was delayed by 9 months. Delay or suspense, Bakkt was positioned to take hold of the BTC Futures market, given that their contracts are physically delivered, rather than cash settled, complete with a custody service. Breaking away from the CME Group’s cash-settled Futures contracts, trading of actual Bitcoins was seen as far more enviable, rather than contracts underlying 5 Bitcoins.

A case of ‘buy the rumour, sell the news’ Bitcoin looked ripe for the picking in the days before the Bakkt launch; even a Bitcoin ETF withdrawal didn’t stun its hopes. When Bakkt launched however, it was less “To the Moon” and more “Whomp! Whomp! Weep!”

On the very first day of the launch, Bakkt saw the equivalent of only around 71 BTC in trade volume. On the other hand, the CME Group, when it released Bitcoin Futures back in December 2017, saw volume equivalent to 5298 Bitcoin. It should be noted here that the market in 2017 was far more unstructured, with no significant derivatives players present and the price of Bitcoin very low.

The immediate aftermath on the spot market was dull by crypto-standards. Bitcoin closed the day at $9,700, peaking out of the pennant. The next day however, was anything but dull.

Moving from the cash-settled, purely investment-centric CME Futures to the physically delivered Bakkt Futures was seen as a boon to the industry, if one forgets who’s on the other side of this supply chain. Bitcoin has always been just an investment game for Wall Street, and Bakkt looked to change it by securely delivering Bitcoin, something which caused a fit of panic.

Below is the CME Bitcoin Futures volume from 21 August to 24 September.

Senior Markets Analyst at eToro, Mati Greenspan, who called the Bakkt launch a “total flop,” stated that this price movement is evidence of Wall Street’s motives. Speaking to AMBCrypto, Greenspan said, “Wall Street still doesn’t get Bitcoin.” The spike in CME volumes, which saw over 14,000 contracts traded on 24 September, was due to the “speculation surrounding Bakkt.” He added,

“Bakkt futures are clearly superior for the same reason that digital assets are better than traditional financial contracts, it’s the ability to take custody.”

On the topic of the flash crash which shaved over $30 billion from the market, Greenspan called the Bakkt aftermath the “main fundamental driver.” However, technical indicators have been pointing to the same for “about 2 weeks.”

The spur might have arrived after the stall with Bakkt tweeting out on September 25 that “166 lots [contracts],” have moved. If this number is true, then the contracts have increased x2 on September 24 from their maiden trading day. That figure would put their total contracts over 210, still a long way off from the CME, but showing gradual increase if not anything else. Labelling the move “price discovery” in the making, Bakkt tweeted,

Price discovery unfolding before our eyes

Things are never straightforward in the cryptocurrency space. While Bakkt being stumped by institutional investors, evidenced by the corresponding CME Futures volume surge, may be the source of the price crash, a slew of surrounding factors persist.

In the ensuing few days since the Bakkt launch, several key movements could paint an entirely different picture. Jason Williams, Co-founder and Partner at Morgan Creek Digital, pointed to a few key reasons in a conversation with AMBCrypto.

According to “Early reports,” a whale which moved over 25,000 BTC [240 million pre-crash] on Coinbase was responsible for the movement. To add on to the whale activity, “weak hands” in Bitcoin and Altcoins led to “driving the prices down,” Williams compounded. In addition to this, regulatory issues and privacy tokens falling out of favour following the FATF ruling caught Bakkt completely off-guard, with the Morgan Creek partner calling it a ‘case of bad timing.’

“Weak hands in btc and alt coins dumped further driving the prices down. Beyond that more regulatory pressure / clarity is flushing out weak hands around privacy tokens and an Luke warm start to Bakkt didn’t help from a timing perspective.”

To further evidence the Coinbase whale movement, Alex Krüger, an economist and cryptocurrency analyst, noted the same in a recent tweet, stating that the San Francisco-based exchange is “behaving like BitMEX,” the Seychelles-based exchange recently under the scanner of the Commodity Futures Trading Commission [CFTC]. He highlighted the “wild spread,” between the two exchanges of $600, wide even for the Bitcoin markets.

“Simple. There’s little demand. No reasonable speculator had high expectations but the volume was extremely underwhelming. Sure, not many brokers ready to clear its contracts, but Bakkt had been working on this launch for over a year. Market wanted to see more interest in Bakkt, expressed in volume. Dissapointment in Bakkt was the trigger to get price going.”

Bakkt was certainly seen as the catalyst that would result in a ‘breakout’ from the pennant, with other factors queuing up for the same. However, either due to institutional investors feeling the heat and exiting the kitchen or due to just poor timing, the reception that Bakkt and the ICE have received is disappointing, and the spillover effect may have resulted in Bitcoin dropping to its lowest point in over three months.

How things play out for Bakkt in the next few days will script the institutional investors’ tryst with Bitcoin for the future.