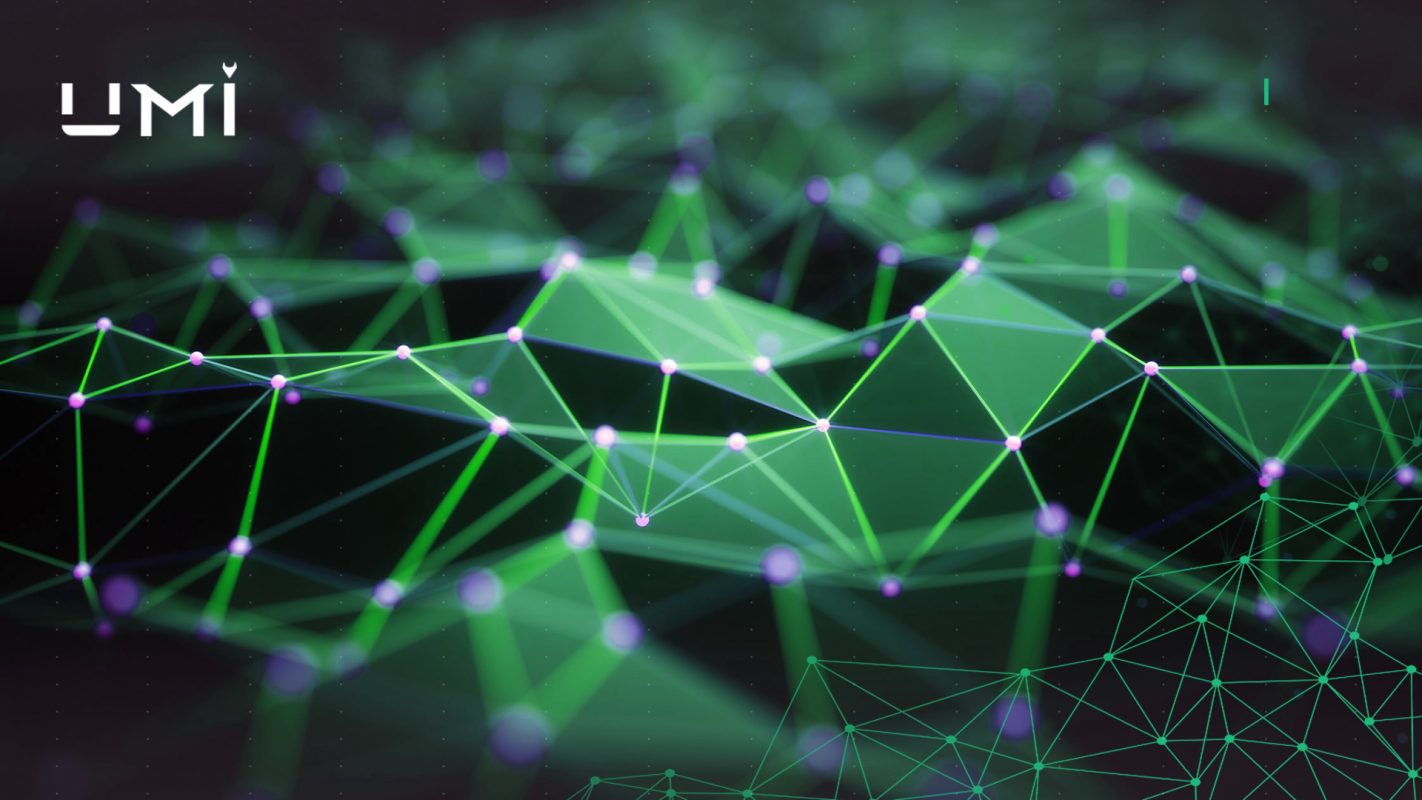 Thus far, the number of issued cryptocurrencies and digital tokens has exceeded 7 thousand, and in this ocean of crypto Projects, it is difficult for investors to recognize promising services at an early stage of development, however, at the same time, investments at this stage maximize the profits.

UMI is one of the young projects created at the crossroad of DeFi and digital assets trends, which draws attention not only by its unique functionality but also by its future plans. UMI is a universal monetary instrument that allows users to make instant, secure, and free financial transfers, as well as earn crypto through profitable staking. In addition, UMI is a full-fledged blockchain platform capable of executing smart contracts of any complexity. Let’s take a closer look at UMI capabilities.

Watch a video about UMI here.

The UMI network can execute approximately 4500 transactions per second. This significantly exceeds the capacity of most other blockchains, including fundamental ones like Bitcoin or Ethereum.

The UMI Mainnet was launched in the summer of 2020 and it’s continuously improving. In the future, the UMI team will roll out an update that will increase enough high capacity to execute 10,000 transactions per second. This brings the UMI platform closer to the transactional conductance of major payment systems such as VISA and MasterCard.

The UMI developers also have a long-term goal – to achieve the capacity of 1 million transactions per second. Although this sounds too ambitious, there is a chance to reach it in the long run, and here is why.

First, the UMI network operates on an improved version of the Proof-of-Authority consensus (PoA consensus characteristics will be discussed in detail later in the article). Secondly, such scaling can be achieved through the optimization of programming languages ​​and smart contracts, as well as with such tools as Kubernetes. Finally, upgrades of the UMI network can be carried out faster and with less effort with the planned changes in the internal architecture of the ecosystem.

Another planned function of the UMI ecosystem payment service also appears to be very promising – offline transactions. Other blockchain systems focus on transactions exclusively via the Internet, while in the UMI ecosystem, the procedure of sending transactions can be carried out without access to the World Wide Web using ordinary SMS or other communication methods.

For example, the length of a UMI transaction is 150 bytes. That’s 1200 bits of information. The standard length of an SMS is 1120 bits (140 bytes), which means that only 2 SMS are required to send a transfer through the UMI blockchain. This is convenient if the transfer needs to be sent urgently, and the Internet is temporarily not accessible.

Technically, the UMI ecosystem is already capable of sending offline transactions without the Internet connection, but the service for initiating transfers has not been launched yet. The UMI team is currently developing it.

Although, the main feature of the UMI blockchain is not the network’s capacity, but the absence of any fees. This has been achieved by the unique technology on which the ecosystem is built, as well as a different economic model in comparison to other popular cryptocurrencies.

The UMI blockchain is based on Proof-of-Authority technology, a concept created by Ethereum co-founder Gavin Wood.

The difference between PoA and the popular Proof-of-Work algorithms (which Bitcoin runs on) or Proof-of-Stake (Ethereum plans to switch to PoS) is that in the PoA network there is no place for contest between the miners and forgers for the right to generate a block and get a reward.

The generation of blocks, and most importantly, their integration into the blockchain, is handled by trusted nodes – ‘master nodes’. In the UMI network, master nodes are large authorized nodes that meet stringent speed requirements. This feature significantly increases the network’s capacity.

However, the original concept of PoA also has its drawbacks. The original PoA model assumes that ordinary users cannot influence the operating mechanics of the system, and only trusted nodes have the right to confirm transactions and record them in the blockchain, and those usually belong to one organization or affiliated companies.

Only certain types of nodes can become master nodes – they include nodes launched both by the UMI team and their numerous partners from different countries, while any user can launch a validator node. Validator nodes monitor the work of the master nodes, and if the suspicious actions are detected, the unscrupulous masters are automatically disconnected from the system.

Along with the distribution of power among master nodes and validator nodes, another mechanism that is designed to prevent centralization is planned to be implemented in the UMI system in the future – integration with Proof-of-Stake consensus. The UMI blockchain will continue to operate on the PoA algorithm, but if any problems with the master nodes arise, the system will automatically switch to the reserve PoS consensus.

Even if all of the masternodes suddenly stop functioning, the performance of the UMI network and its ability to conduct transactions will not be affected. PoS nodes do not need computing equipment to work, a regular laptop is enough. Any UMI user who has installed a desktop wallet with a validator node will be able to launch a backup PoS node.

Moreover, staking works on a smart contract in the UMI system, which means that the staker does not need to keep the computer on all the time. Thanks to staking on a smart contract, you can generate new UMI coins: up to 40% per month in 24h mode. With such a profitable economic model, UMI encourages users to actively join the system. This model is one of the features that allows UMI to avoid commissions for transfers – staking participants are interested in developing the ecosystem without additional incentives, such as commissions.

The UMI blockchain allows you to create many specialized multifunctional smart contracts, including those suitable for integration into e-commerce services or for launching decentralized autonomous organizations (DAOs). These include various decentralized finance (DeFi) services.

Areas of application for the UMI blockchain smart contracts:

Thanks to its high capacity, the UMI network will ensure the smooth operation of large DeFi projects, decentralized exchanges (DEX) or decentralized applications (DApps), and users will not face unprecedented high transaction fees, as it happened before with the Ethereum network. Thus, the launch of UMI-based DeFi services will not have a negative impact on those who use the system exclusively for money transfers.

Currently, UMI coins can be mined in two staking structures (pools) – ROY Club and ISP Club. In order to start mining you need to create a personal wallet in the UMI blockchain and transfer a certain amount of UMI coins to your address. 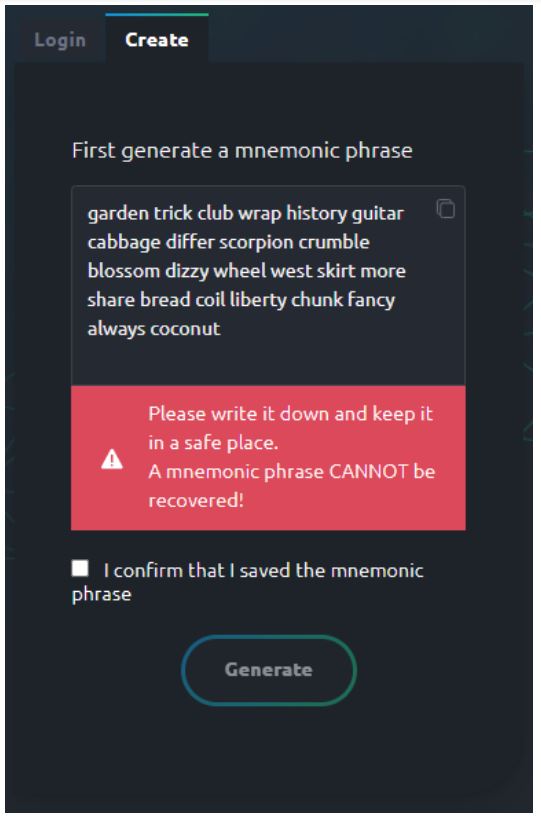 After replenishing the wallet address, you can place your coins for staking in two pools. Unlike other staking systems, coins in the UMI system do not get frozen after joining a pool. They remain in the user’s wallet and no one can access them except the owner. Staking rewards accrue 24/7. The user can withdraw and sell them at any time.

You can buy UMI coins via the SIGEN.pro trading platform, which includes an exchange, an automatic exchanger and a p2p platform. According to the statistics, the daily trading volume of UMI ranges from $ 250,000 to $ 300,000, and the liquidity of the order book for buying coins has already exceeded $ 3.2 million, taking into account the p2p-platform. For the project that was launched only four months ago, the numbers look very promising. The interest in UMI on the market is indirectly evidenced by the rapidly growing number of active users: their number exceeded 47,000.

Thanks to high-quality and fast mobile apps, users can perform all key operations using a smartphone or tablet. The applications for Android or iOS can be downloaded from Google Play and App Store, respectively.

UMI mobile apps offer a wide list of functions. One can create and manage one or several UMI wallets, receive and send coins, connect to staking structures, view the history of transactions, and get in touch with technical support.

The applications provide the ability to authorize using Face ID, fingerprint, or PIN-code.

You can find all the latest information about the UMI project in the blog.