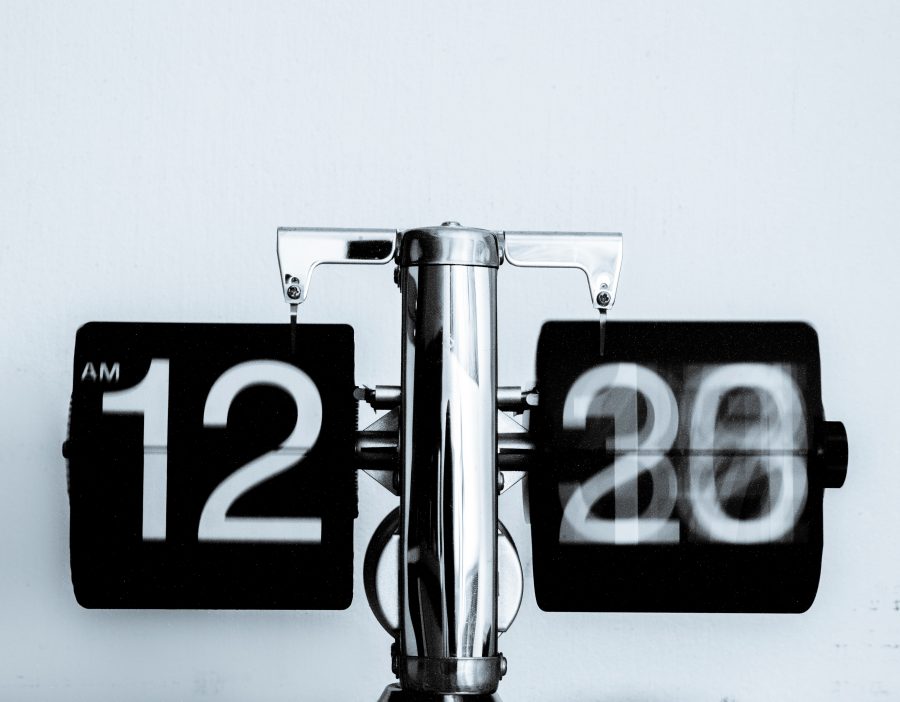 Since the advent of cryptocurrencies, regulation has been at its centre. The question of what shackled field of “financial asset” decentralized currencies belong to has long been questioned by regulators worldwide. With modifications to the term “cryptocurrencies” in recent years, this regulatory debate has become even more complex.

Among all the questions posed to regulators, the one that gets the most coverage is that of “what constitutes a security?” While Bitcoin and Ethereum have distanced themselves from the “s” word, either through clarity or confusion, other cryptocurrencies are unaddressed.

Block.one, the blockchain network company, has long been associated with this topic, and so has the fate of its native cryptocurrency, EOS. The Cayman islands start-up made news last year by amassing $4 billion in funds during the bearish”crypto-winter.” What was even more surprising was that Block.one offered EOS through the ICO route, a method of raising finance that was under the knife by the U.S Securities and Exchange Commission [SEC].

During the ICO process, investors could exchange Ether [ETH], which they purchased with fiat currency, for the new EOS [EOS] tokens. Given the fact that the valuation of ETH [May 2018] was just under $600 per coin, the total EOS token sale raised $4.1 billion.

Owing to the slumping market, the SEC-ICO crackdown, lack of realistic objectives for EOS, and the incredible valuation of their token sale [especially compared to the IPOs of the time], Block.one was met with steep pessimism. Since then, EOS has managed to cement itself in the top-10, being priced at $3.34 at press time, trading as high as $8.27 in 2019. It had a market capitalisation of $3.21 billion at the time of press, while it also recorded $7.8 billion in market cap in June. Further, it is also a prominent player in the DApp ecosystem.

What’s In A Name?

Following the two rounds of active funding [the second concluding in August 2019], Block.one became yet another victim of the SEC’s regulatory iron fist. In September, the SEC imposed a $24 million fine in relation to their first token sale that occurred between 2017-2018.

The press release stated that the paltry $24 million fine [0.58 percent of the amount raised] was owing to Block.one’s “unregistered initial coin offering of digital tokens (ICO) that raised the equivalent of several billion dollars over approximately one year.”

Steven Paikin, Co-director of the SEC’s Division of Enforcement, was quoted in the press release as stating,

“Block.one did not provide ICO investors the information they were entitled to as participants in a securities offering.”

It should be noted here that the $24 million fine could be equivalent to the amount of funds raised by Block.one from U.S-based customers. However, the blockchain company ensured that American investors could not access the ICO easily through the use of geo-fencing.

Block.one, in response to the SEC’s fine, stated that it is “excited” to resolve the ongoing issue with the financial regulator. The fine specifically pertained to the ERC-20 tokens issued on the Ethereum blockchain which, Block.one clarified, are “no longer in circulation or traded.”

Participants were given the EOS tokens in exchange for Ether, and they founded the “EOS Public Blockchain using Block.one’s EOSIO software,” which was published last year. The developer community has since built among other blockchains, the EOS Public Blockchain.

Block.one has clarified that it does not “own, maintain or monitor the EOS Public Blockchain and does not play a role in governing cryptocurrencies.” Hence, with the onset of time, decentralization set-in.

Block.One conducted a token sale selling ERC-20 tokens in exchange for Ether. The holders of the ERC-20 tokens were subsequently given EOS tokens by the community that founded the EOS Public Blockchain using Block.one’s software. The SEC fined them on the basis of not providing adequate information to investors being participants in a “securities offering,” and finally turned around by saying that the current nature of EOS does not liken it to a “security.”

The question of a financial asset being a “security” rests on its definition at the time of issuance [if issued at all], and not at the time of regulation [fine, inspection or stoppage]. Hence, for any coin to be a security – Timing should tell, rather than time will tell.

A Matter of Time

Making the EOS case as precedent for regulations being handed out based on initial issuance and not on current condition could apply to future token issuances as well, stated Stephen McKeon, Chief Strategy Advisor to the Security Token Academy and Professor of Finance at the University of Oregon.

Based on the premise of this decision, the SEC could be moving in two very clear directions. The first, that securities law will “always” apply to the initial sale of network tokens, and more importantly, a legal acknowledgment of the term “transitional securities,” with the pressure of time decentralizing the network.

“In other words, the settlement could affirm the viewpoint that a network’s token should always be offered as a security during an initial raise, but a future sale of that asset might later be deemed to fall outside of securities laws once the asset’s network is “sufficiently decentralized.”

The term that draws the most interest is “transitioning securities.” Although such a term has not been defined by the SEC, McKeon stated that it pertains to the malleability of a financial asset in its lifetime. In such an asset’s life-cycle, the asset can be “deemed a financial security” when it IS initially offered to the public, but later transitions into a “non-security.”

Inklings of this are seen in the SAFT [Simple Agreement for Future Tokens] contract which aims to jump over the legal definition of a security during issuance. Somewhat similar to “transitioning securities,” this contract is meant to delay the process of actual sale. When the SATF is sold, the issuer accepts funds from the investor, but no tokens or coins are disseminated. However, a document to certify that if the issuer creates a digital currency, the investor will receive the same, is given.

This sort of system is aimed at being equivalent to transitioning securities, but it was “always flawed,” according to David Gerard, author of Attack of the 50 foot Blockchain, who added that the SEC is only concerned with what the issuer is doing at the moment and not the label. He evidenced the same by telling AMBCrypto that,

“I think the decentralisation theory of turning a security into not-a-security is flawed – Kik tried this and it failed.”

This form of funding, whether it is SAFT or the way Block.one proposed EOS, is simply a case of fright. Gerard stated that since the SEC made it clear that the tokens created out of ICOs were simply unregistered securities, the promoters began to change the way they termed them. Their promoters simply worked out a way to “take all that money, without the tokens turning out to be securities.”

Given this close-tethered nature of coin to security, and the negative connotations attached to the latter, how should projects list out their issuances? McKeon believes it must be as securities.

The SEC determines if financial assets issued to raise funds are securities or not on the basis of a test called the “Howey Test.” Based on the 1946 case of SEC v. W.J. Howey Co., the premise of being a security revolves around four points – investment of money, expectation of profit, common enterprise, and the question of third parties or promoters affecting the sale.

In the case of tokens built to support an overarching network like EOS or Ethereum, McKeon stated that prior to the launch of such networks, “it is more likely that all four prongs of [the] Howey [Test] are satisfied.” The doubt in the aforementioned statement could lead to the SEC calling out a token as a security. However, this definition would only be limited to the token’s initial sale.

Once the token has been launched, the case of decentrality emerges, not of the issuance itself, but of the network. Specifically, the last two aspects of the Howey Test will be analyzed, the more a network is decentralised.

Based on this, different parties will pry on the token based on its definition and the SEC’s reaction to the same. Individual investors, mainly the crypto-folk, who do not want to go through rigorous KYC norms would opt-out during the security phase, coming back later, when the SEC is firmly out of the picture, while institutions that prefer regulatory oversight will welcome the security heralded compliance.

Using the term “sufficiently decentralised,” McKeon veered towards a degree of decentrality that has to be developed within a network to allow its tokens to be free of the securities-tag. He stated that this degree of absence of central power can be measured in terms of the infrastructure of the network – the nodes, wallets and developer activity.

McKeon’s statements concerning the SEC’s flexible approach to a security based on it “transitioning” out of the definition are also shared by the SEC.

Even though most guidelines within the regulator are seen as archaic and rigid to be able to confront cryptocurrencies, executives at the SEC have spoken of the need to decentralise a token out of the security definition before. William Hinman, Director of Corporation Finance, SEC, stated in a speech earlier this year that companies that did an ICO would not be subjected to regulatory enforcement if they proved their issuance no longer could be regulated as a security.

“Digital assets may evolve into an instrument that no longer needs to be regulated as such,”

Hinman’s statements, initially seen as outside the realm of possibility, were confirmed later by the Chairman of the SEC, Jay Clayton himself. In a letter to CoinCentre, a cryptocurrency legal and regulatory advocacy firm, he said,

What the Block.One case pertains to is regulatory understanding. Yes, the fine was minuscule in relation to the amount raised. Yes, it was for token issuances in 2017 – 2018, not in the present day. Yes, the SEC has been far worse in their regulatory attacks on smaller coin offerings. But, this case is pivotal to how the regulatory giant will handle ‘token – security’ cases in the future.

According to McKeon, this is a signal of a “willing to work” attitude by the SEC. Once the token is launched, its legal definition might be under the security category, but if the issuer is willing to “remedy the situation,” this tag could be escaped. He suggested that Block.one has used the same “remedy” in their case, following how their EOS tokens were lined up initially, and how they are now.

Block.one could very well be one block in the SEC’s token regulation change.