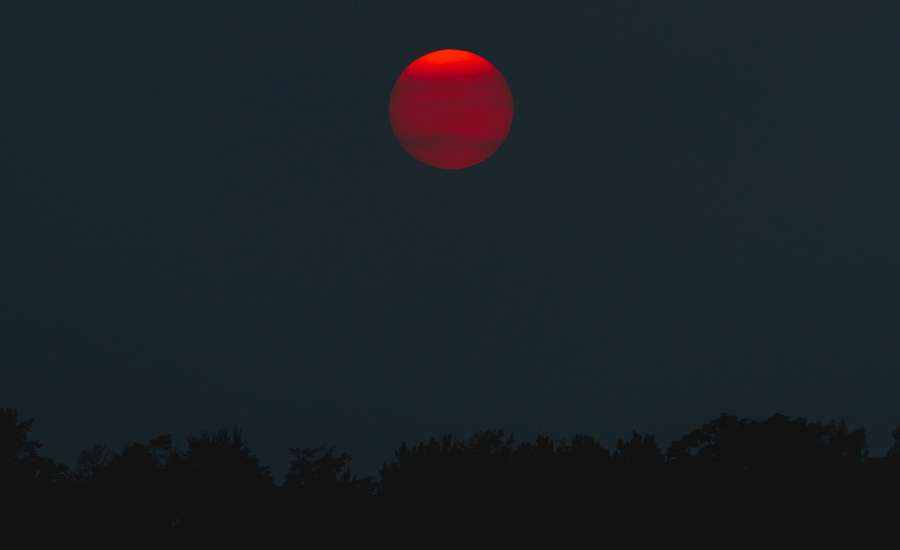 Bitcoin’s second attempt at surging above $10,000 is alive; however, not a lot of positions survived after the latest drop. The 3.30% drop in Bitcoin’s price from $10,500 to $10,153 contributed to the liquidation of Bitcoin longs worth $16 million. 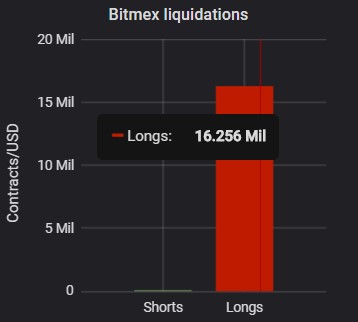 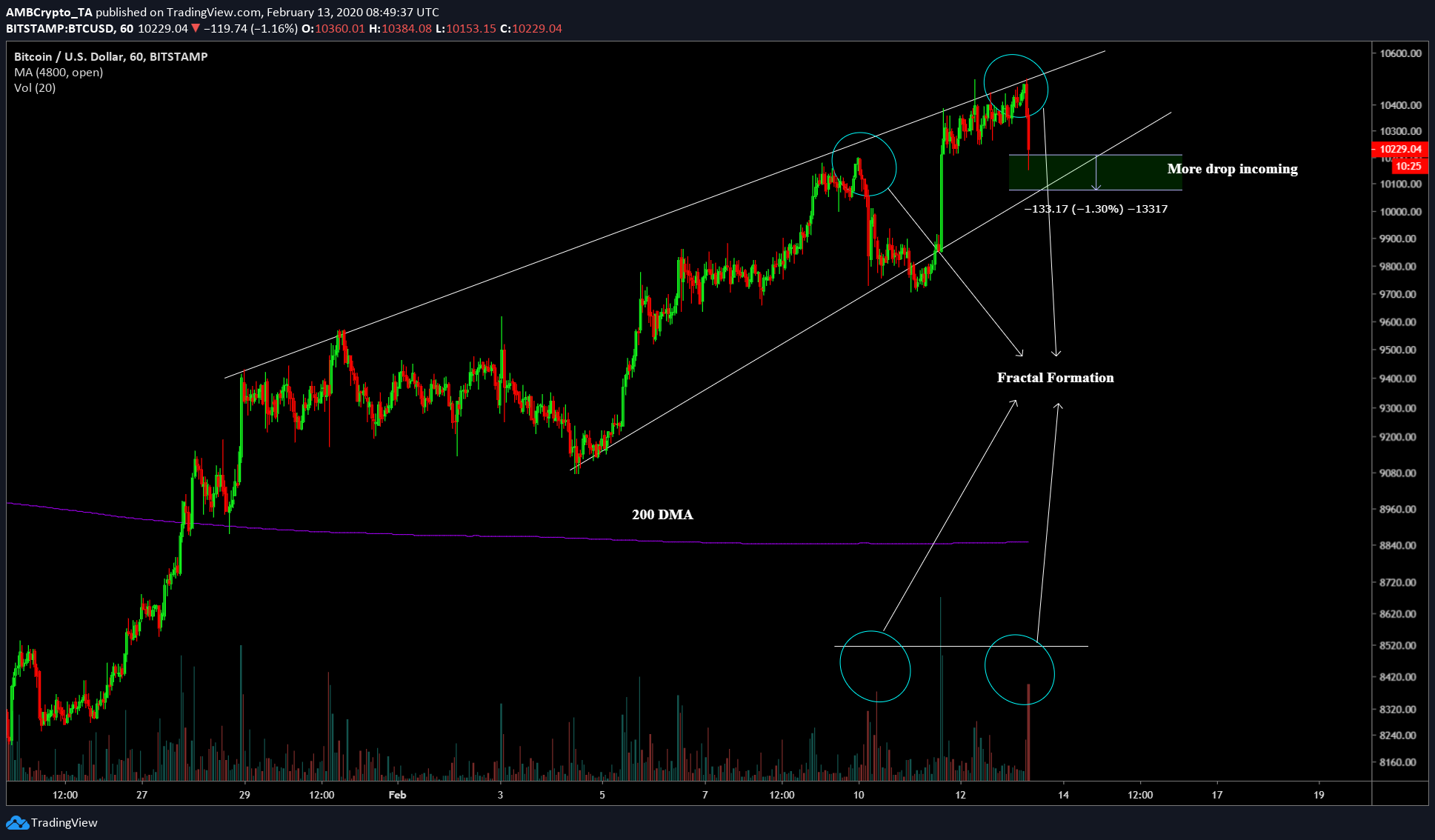 Additionally, Bitcoin still has more downside since it is stuck in a rising wedge, a bearish pattern. More precisely, the price has 1.86% more to drop to reach the bottom of the rising wedge. Further, the drop is similar to the one seen on 10 February. The fractal formed has the same volume spike so far too. If anything, there will be a continuation of the drop and a wick touch to the bottom of the pattern at $10,070 will happen, a level that also happens to be the immediate support.

This is a small drop in Bitcoin’s price and isn’t a setback to the rally that has already begun. Further, the price is still above the 200-DMA, which is a major bullish indication of Bitcoin’s position. At press time, the price of Bitcoin was recorded to be $10,200 and hence, it is 13% away from the 200-DMA. 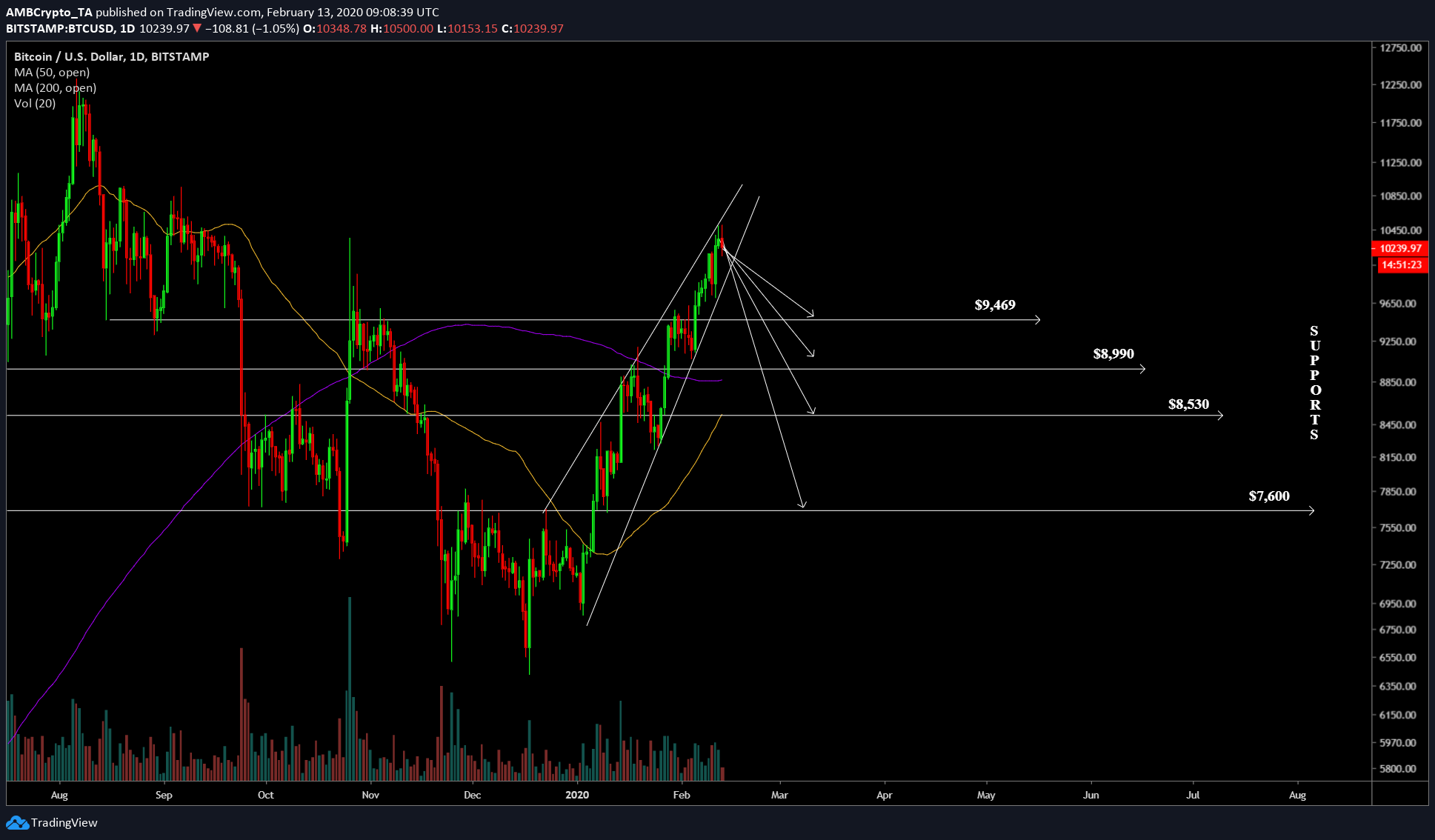 The golden crossover is still underway; however, it might be the case since the rising wedge breakout could delay it. If the price breaks out of the rising wedge, there are three important levels that are targets for supports – $9,469, $8,990, $8,530, and $7,600. The price is less likely to hit the last 3 supports. However, there is a chance that $9,469 might be hit.

Related Topics:bitcoinBitcoin liquidation
Up Next